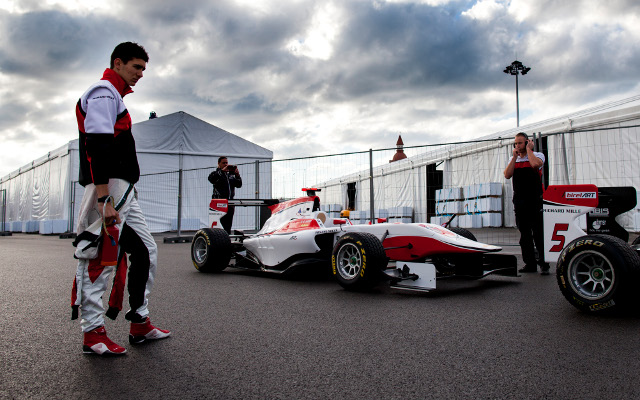 Both of the weekend’s GP3 races in Sochi will take place on Sunday after barrier repairs needed for a big crash in Formula 1 practice for Carlos Sainz postponed the opener.

The timezone difference in Sochi meant that the first GP3 race was scheduled for an earlier time on Saturday than is usual at a European grand prix, at 13.30 inbetween F1 third practice and qualifying.

However, a significant high-speed crash for Sainz at the end of F1 practice – after which the Spaniard was airlifted to hospital – caused major damage to the barriers at Turn 13.

In order to ensure that F1 qualifying runs at its scheduled time and with no timetable room available later during the day (the GP2 feature race follows F1 qualifying and is due to run close towards sunset), the GP3 race will not take place on Saturday.

Organisers have used space on Sunday morning’s timetable to ensure both races take place, with the first at 9.00 and the second at 11.30. The GP2 sprint race has been moved forward by an hour to 10.05.

Esteban Ocon had claimed pole position in qualifying and reduced the gap to title rival Luca Ghiotto, who is due to start sixth, to 10 points.

If drivers finish the first race in the same order as they are due to start, Ocon would move into a seven-point lead.