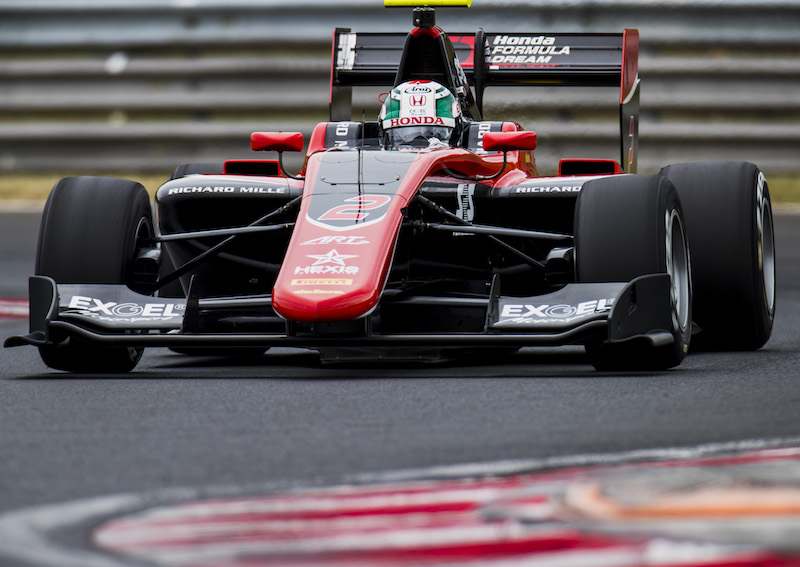 The Honda protege became the first and only driver to go below the 1m32s mark in the test just over an hour into the morning session with a 1m31.943s.

His ART Grand Prix team-mates Jack Aitken and George Russell completed the top three, 60 and 75 thousandths of a second behind the Japanese driver respectively in the morning.

All three went underneath Russell’s benchmark time of 1m32.159s from Tuesday, together with fourth-placed Raoul Hyman.

Campos Racing driver Hyman came close to matching his effort in the afternoon session, which he topped with a time of 1m32.191s.

Arden drivers Leonardo Pulcini and Niko Kari completed the top six in the morning, with Red Bull Junior Kari going on to be the closest driver to Hyman in the afternoon, albeit nearly four tenths adrift.

French Trident pairing Giuliano Alesi and Dorian Boccolacci rounded out the top eight, in front of DAMS driver Santino Ferrucci and Jenzer’s Alessio Lorandi, who took third in the afternoon.

Russell was the best-placed of the ART drivers in the later session in 11th.