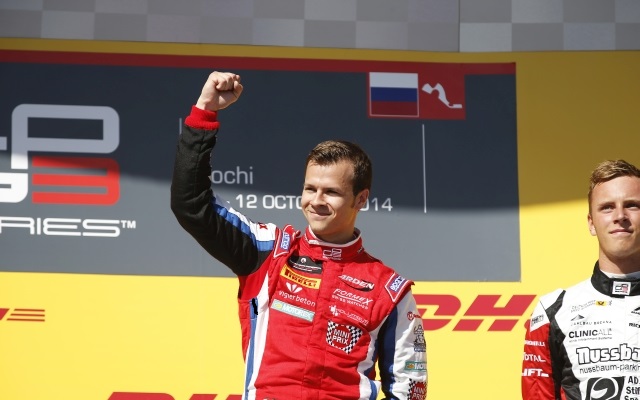 Four-time GP3 race winner Patric Niederhauser will move on from single-seaters and race in the Lamborghini Super Trofeo this season.

The 23-year-old Swiss made his single-seater debut in 2010, beating Ferrari junior Raffaele Marciello to take second in Formula Abarth.

He returned for a sophomore season in which he had a closely-fought battle for the title with Russian talent Sergey Sirotkin. While Niederhauser claimed the Italian Championship, he had to settle for second in the European category.

Staying with the team he raced with in Formula Abarth, Niederhauser graduated to GP3 with Jenzer Motorsport in 2012. He had an impressive rookie season, collecting a sprint race victory in Valencia followed by a main race triumph at Hockenheim and with two further podiums he finished seventh in the standings.

He started the following season as a title contender with two podium in Barcelona but after GP3 adjusted the tyre compounds after the first weekend, Niederhauser’s performance dropped and he only managed to score two points over the rest of the season.

He stayed in the series for a third season, moving from Jenzer to British squad Arden. He was a regular points-scorer in most of the weekends, while he also added two sprint race victories to his tally at the Hungaroring and Sochi. He was also victorious in his final GP3 race in Abu Dhabi, only to be disqualified and end up 10th in the standings.