We?ve become accustomed to in-season driver changes in the junior formulae being bad news. One driver runs out of money and is replaced by another who is better funded but almost always of lesser talent.

Round two of the 2013 GP2 Series in Bahrain this weekend sees two changes to the entry list, but rather than two rich no-hopers, the addition of Robin Frijns and Alexander Rossi brings two new star names to the series.

The two were of course part of last year?s superb Formula Renault 3.5 Series grid, and the GP2 organisers will probably still be rubbing their hands together at this week?s double dose of good news.

Over the off-season, Frijns was signed up by Sauber as their reserve while Rossi was promoted to a similar role within the Caterham system. It seemed as though they were going to skip GP2, partly on budgetary grounds, and try and work their way into F1 out of FR3.5.

They now however turn a strong crop of GP2 rookies into an even more impressive one, joining the likes of Mitch Evans, Daniel Abt and Adrian Quaife-Hobbs. And that?s great news for a championship that?s struggled to boast so many highly-rated drivers in the last couple of years.

It?s great news for Messrs Frijns and Rossi too.

There had been some words in the German-speaking press that Frijns had turned down offers of GP2 seats. While he was certainly short of funding, it?s highly likely he was given cheap (or even free) offers for Malaysia, given that both Trident and Hilmer turned up to Sepang with hastily-signed drivers who didn?t have full budgets either. And Frijns would have been a more enticing prospect than any of them.

Fortunately he?s seen sense and now signed with Hilmer. The German-owned team has taken over from Ocean, who were considerably off the pace last year with Nigel Melker and Victor Guerin only able to feature towards the front when the weather came into play and their speed disadvantage in the dry was wiped out.

Even though they have their own personnel, Hilmer are far from the most enticing outfit in GP2, and Frijns may consequently struggle for the top results that might be expected of his talent. It?s that that may well have put him off before. But whatever the risk, racing is the right call. 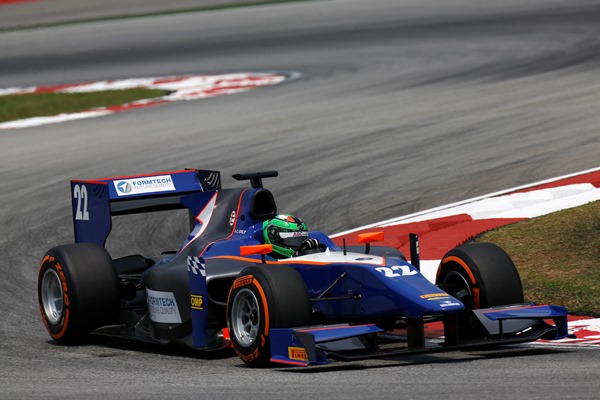 The alternative was to not race. He was going to struggle to get mileage at Sauber. The team wouldn?t want to rob the relatively experienced Nico Hulkenburg of Friday track time, and the Mexican sponsors wouldn?t have liked Gutierrez being deprived of running either.

As for his hopes of a 2014 race seat, he wouldn?t be able to have replaced Gutierrez without winning the Euromillions jackpot, and even if Hulkenburg was to get his well-deserved promotion to a top team, other contenders like Jules Bianchi could easily have beaten Frijns to his seat. Hanging around in the Sauber garage, out of the headlines, was going to make his chances elsewhere pretty slim too. Anyone in a position to employ a rookie would have had their attention caught by 2013?s champions, not 2012?s.

Therefore he has very little to lose by racing for Hilmer, even for his reputation. There?s still potential for good performances ? Tom Dillmann put them on top of the timesheets in their first test, and debutant Conor Daly scored points in Frijns? car in Malaysia despite being somewhat unprepared. If not, those in the know will be able to factor the team?s lack of competiveness into his results, even if the casual fan at home might write him off. And simply racing will keep him in the spotlight on Grand Prix weekends, rather than hidden away in the Sauber motorhome.

Added to that, he will stave off the rustiness that would have taken effect had he spent a year out of racing. He will get practice with the Pirelli tyres that are now so crucial to F1 racing. He will get practice on F1 circuits, including Bahrain, Singapore and Abu Dhabi, which he?s never raced at before. That?s assuming of course he does the entire season. The word is Bahrain is only a one-off at the moment, but it?s hard to imagine Hilmer stumbling across a driver with a proper budget any time soon.

Rossi meanwhile had seemed set for a GP2 ride with Caterham this year anyway, but the team opted for two drivers bringing their own budgets instead. It wasn?t all bad news though ? his expanded role with the F1 team showed they are committed to his development, even if it is aided a little by his relationship with GE.

A chance in GP2 was well-deserved though. His second season in FR3.5 last year was tough going, first as a result of the new Arden Caterham team struggling badly early on, and later being blown apart by new teammate Antonio Felix da Costa. The pace was definitely there though ? four fastest laps in the final five races show it wasn?t speed he was lacking, just some luck. 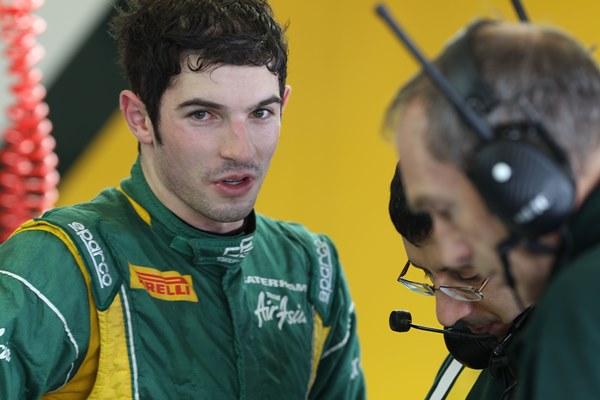 Rossi has been a top performer since he arrived in Europe in International Formula Master in 2009. Contesting the GP2 Asia Series that followed that winter, he finished half the races in the top six. Fourth in GP3 in 2010 and third in FR3.5 in 2011, GP2 provides another opportunity for him to show what he can do. With the buzz around F1 growing in the United States, racing will be better than a few Friday practice runs for garnering more support back home. And that?s something that will be crucial if he?s to get a race seat at Caterham any time soon.

Caterham?s GP2 team isn?t brilliant either in terms of their competitiveness. Just ask Giedo van der Garde. Again, casual observers weren?t impressed with his sixth place in what was season four in GP2, but anything better would have been outperforming the machinery he was provided with. Rossi?s talent is such that he should still be able to fight for podiums later in the year, and that will impress both his bosses and potential backers.

While Frijns and Rossi will be doing very well to fight at the sharp end in Bahrain, two men who are expected to do just that are Stefano Coletti and Fabio Leimer. Coletti emerged as a true title contender in Malaysia. After taking pole position, he should have won the feature race were it not for his usual struggles with making the tyres last. That dropped him to third, but a great start propelled him to victory in the sprint race. He claimed afterwards that showed he?s conquered the tyre problem, but he was pushed hard by Felipe Nasr at the end and needs to do that consistently to convince us.

It was Leimer who took the spoils on the Saturday, with a well-deserved first win for over a year. Rather than rubber, it was back luck that he had conquered. Should he be able to keep that form up, he?ll be fighting for the win in Bahrain and everywhere else this season.

Nasr sits behind Coletti and Leimer in the points. He qualified third in Bahrain last year for what was only his second GP2 meeting, and will hope he can go even better this time around and grab his maiden victory. On Sepang form though, he might need to find another gear to catch Coletti and Leimer on pace.

James Calado?s name had been the one on everyone?s lips arriving in Malaysia. Narrowly pipped to pole by Coletti, he was slightly disappointed to only finish second to Leimer in the feature race, having failed to match the Swiss driver?s speed. When he was jumped by Leimer at the start of the sprint race, Calado made an uncharacteristic error under braking, took out a couple of cars and earned himself a ten-place grid drop for Bahrain. He held his hands up, but it puts him on the back foot when he?s already chasing a 50% points deficit to Coletti. This weekend could be one that makes or breaks his season, as he tries to salvage some points. 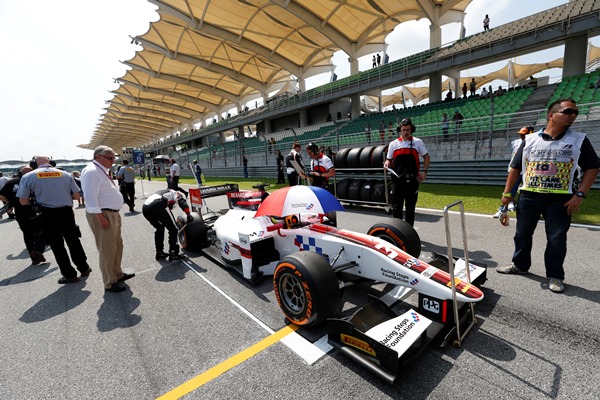 The heat is on Calado after his costly error in Malaysia (Photo: Alastair Staley/GP2 Series Media Service)

Elsewhere, Mitch Evans will look to build upon an impressive debut weekend that ended with a podium. Jolyon Palmer and Sam Bird were unable to get such good results due to a number of setbacks but both showed impressive speed and should be contenders in Bahrain if everything goes their way.

Leimer a second ahead in Bahrain practice