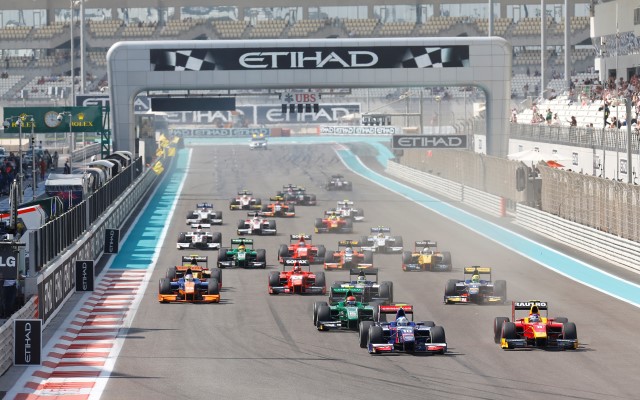 The GP2 and GP3 calendars for 2014 have been revealed by series organisers.

Rounds at the new Formula 1 events in Austria and Russia are the main changes on both schedules.

GP2 maintains an 11-round calendar, with the long-haul trips to Malaysia and Singapore being axed to make way for the two new additions. That means the season will now commence in Bahrain at the start of April after March tests there and in Abu Dhabi. Then comes the eight European F1 meetings before Sochi and Abu Dhabi round out the year in October and November respectively.

“In our effort to cut freight costs, we have decided to keep the same number of events as we did last season and to only maintain Sakhir and Yas Marina as overseas rounds; each opening and closing our season,” said series chief Bruno Michel.

“I am delighted to add Sochi to our calendar as well: this is another prestigious Formula One circuit which our drivers will be able to learn. Our European season now also includes Spielberg: it will be the first time that GP2 goes to Austria.

“In addition to these eleven rounds, we have decided to organise our two pre-season test sessions, firstly in Yas Marina and then in Sakhir, with the season opener in Bahrain two weeks later. This is in order to keep down the costs, but also to test on F1 circuits where two events will take place, as well as enjoying great weather for testing.”

The GP3 season will consist of nine rounds for the first time. The arrival of Spielberg and Sochi means that all rounds will be part of F1 Grands Prix with no need for a standalone round like the one in Valencia in 2013.

Following tests in Estoril, Jerez and Barcelona, the campaign will start at the last-mentioned venue in May and visit all the European rounds except Monaco, finishing up with Sochi and Abu Dhabi.

The slot at Yas Marina means that GP2 and GP3 will conclude their seasons on the same weekend as Formula 1.

“GP3 is going into its fifth season of existence with three of its champions already racing in Formula 1,” said Michel. “I am very pleased to announce that all of this year?s events will be held during a Formula One?Grand Prix. We have added two new notable F1 circuits to our calendar with Spielberg in Austria and Sochi in Russia bringing this season?s total to nine events ? one more than the previous years.”