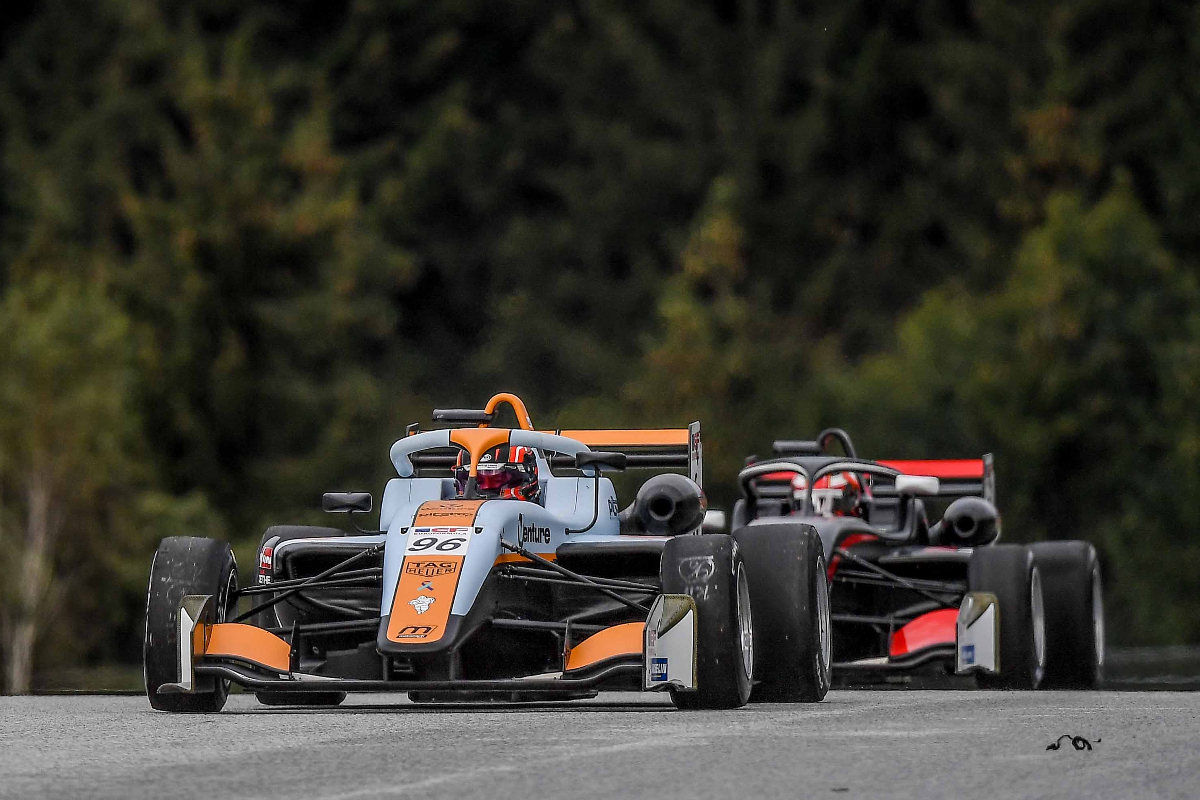 While several of his rivals lost many of their laptimes to track limits violations, Goethe kept it clean to take pole by 0.123 seconds from Vlad Lomko, who drives for Motopark’s Japanese offshoot CryptoTower Racing Team.

The Motopark driver improved on that further, setting a 1m24.321s, with CryptoTower’s Christian Mansell also getting into the 1m24s early on.

As the track rubbered in the pace improved, and it looked like there would be multiple contenders for pole on the second runs. BVM Racing’s Francesco Simonazzi rose to second place with four minutes to go, then a minute later Mansell put himself on provisional pole with a 1m24.288s lap.

Lomko bettered that by a tenth and a half, but he had exceeded track limits at Turn 10 and so had that laptime and his next one deleted. That put Mansell back in first place ahead of Goethe with less than two minutes remaining, but Goethe’s next lap was good enough to put him back ahead as he broke into the 1m23s.

Mansell crossed the line and improved too but stayed in second place, and going into the final minute CryptoTower’s Josh Mason demoted Lomko to fourth. Mason had spent much of the first half of qualifying sat in the pits.

There was time for one more lap as the chequered flag came out, and several drivers improved further. Goethe was one of few who didn’t, but he remained on pole as Lomko’s final effort was 0.123s slower than his.

Motopark’s Frederick Lubin and Simonazzi were half a second back in fifth and sixth, and Ayrton Simmons qualified seventh on his and Drivex School’s series return but was over a second off pole with little pre-event preparation.

His team-mate Daniel Nogales, a Spanish Formula 4 graduate, was slowest on his debut qualifying session and had a brief off too.