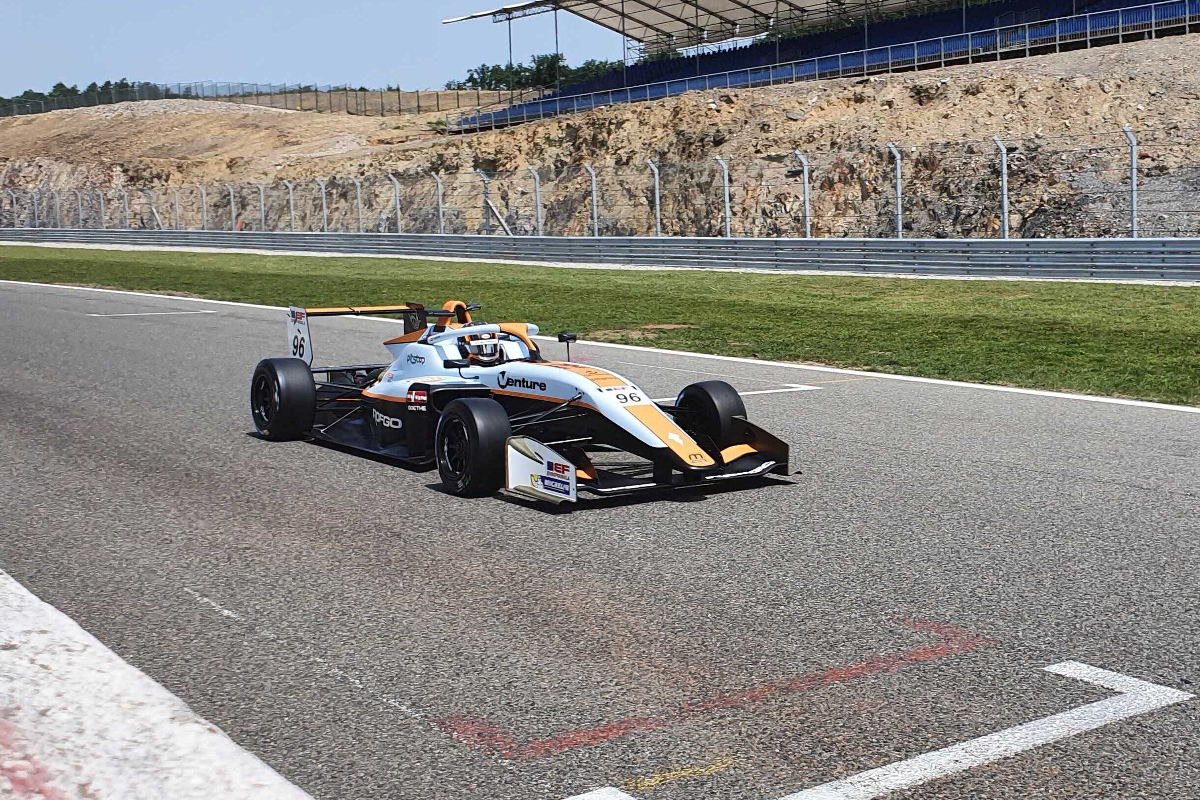 Goethe’s Motopark team, and its Japanese offshoot CryptoTower Racing Team, chose a strategy of forgoing the first half of the session and sending five of its six drivers out for a single run with five minutes to go.

BVM Racing’s Francesco Simonazzi had been the initial pacesetter, before Van Amersfoort Racing duo Filip Ugran and Sebastian Ogaard brought the pace down into 2m12s territory.

Motopark driver Alex Garcia then went to the top with a 2m11.959s on his second flying lap. He wouldn’t be able to improve on that lap and dropped down to fourth by the end of qualifying, but was on provisional pole until just over three minutes were left on the click when Ugran – who along with his VAR team-mates had done the traditional strategy of two runs – improved to a 2m11.161s.

At this point each of the Motopark and CryptoTower drivers were getting their first lap on the board but were way off the pace, while Goethe hadn’t set a lap at all.

With just under two minutes to go he crossed the line and set a 2m10.880s, immediately putting him on pole by 0.281 seconds.

CrpyotoTower’s Christian Mansell had overtaken him during the lap and his second effort was good enough for third place, 0.811s off pole. Just seconds after Goethe crossed the line, red flags were waved and the session was stopped as Vlad Lomko ended up in the gravel.

It not only guaranteed Goethe pole but also prevented Frederick Lubin and Josh Mason completing their second laps and left Mason and Lomko outside of the 107% pace needed to qualify for Saturday’s race.