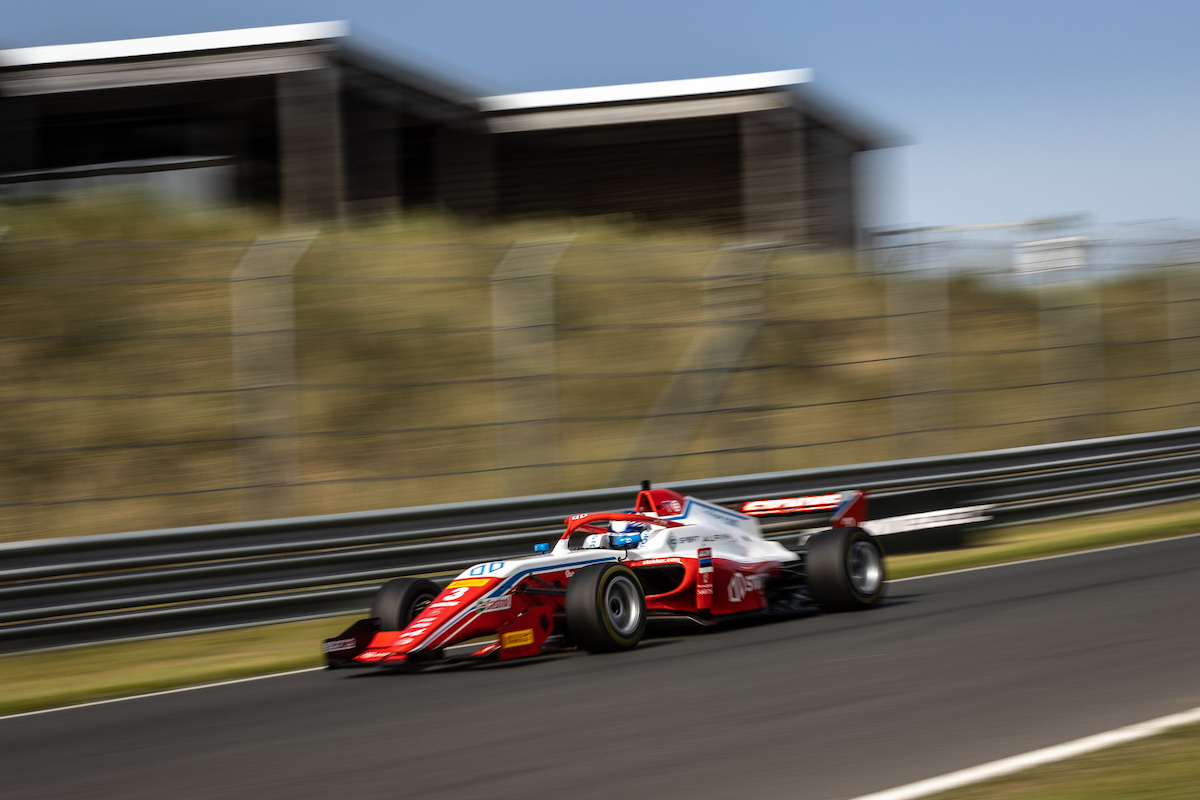 Prema’s Paul Aron held off a race-long challenge from Hadrien David to take victory in the opening race of the Formula Regional European Championship by Alpine round at Zandvoort.

Starting from pole the Mercedes-AMG junior survived a late safety car to take the flag 0.8 seconds ahead of his rival.

Aron jumped into an immediate lead ahead of fellow front row starter, David, and initially was able to build up and maintain a constant gap of around seven-tenths of a second.

In the middle section of the race, David was able to close onto Aron’s tail and as they braked for Tarzan for the tenth time was right in his wheel tracks. However, the Alpine affiliate was never quite able to attempt a passing manoeuvre and had to settle for second.

The leaders were able to pull out a gap on the battling duo of Van Amersfoort Racing’s Kas Haverkort and ART GP’s Gabriele Mini. The Dutch driver got the jump on Mini at the start to take third but was never able to pull away.

Mini seemed to have the edge on speed and spent most of the race glued to Haverkort’s gearbox, but despite several attempts to go around the outside at Tarzan could find no way through.

Championship leader Dino Beganovic held a watching brief behind the pair but was never within striking range.

Joshua Dufek had his strongest race so far in FREC and secured sixth place, and rookie honours, with a finely-judged move on Victor Bernier at the safety car restart.

Mari Boya fought back to seventh after dropping back to ninth on the opening lap, finishing one place ahead of Prema’s Sebastian Montoya.

Watched trackside by his father, multiple Grand Prix and Indianapolis 500 winner Juan-Pablo, Montoya had initially run in the top six before a brief off on lap 7 dropped him down the order.

An incident for RPM’s Keith Donegan at Turn 2 on lap 16 brought out the safety car for the only time bunching up the field for a final sprint to the flag.