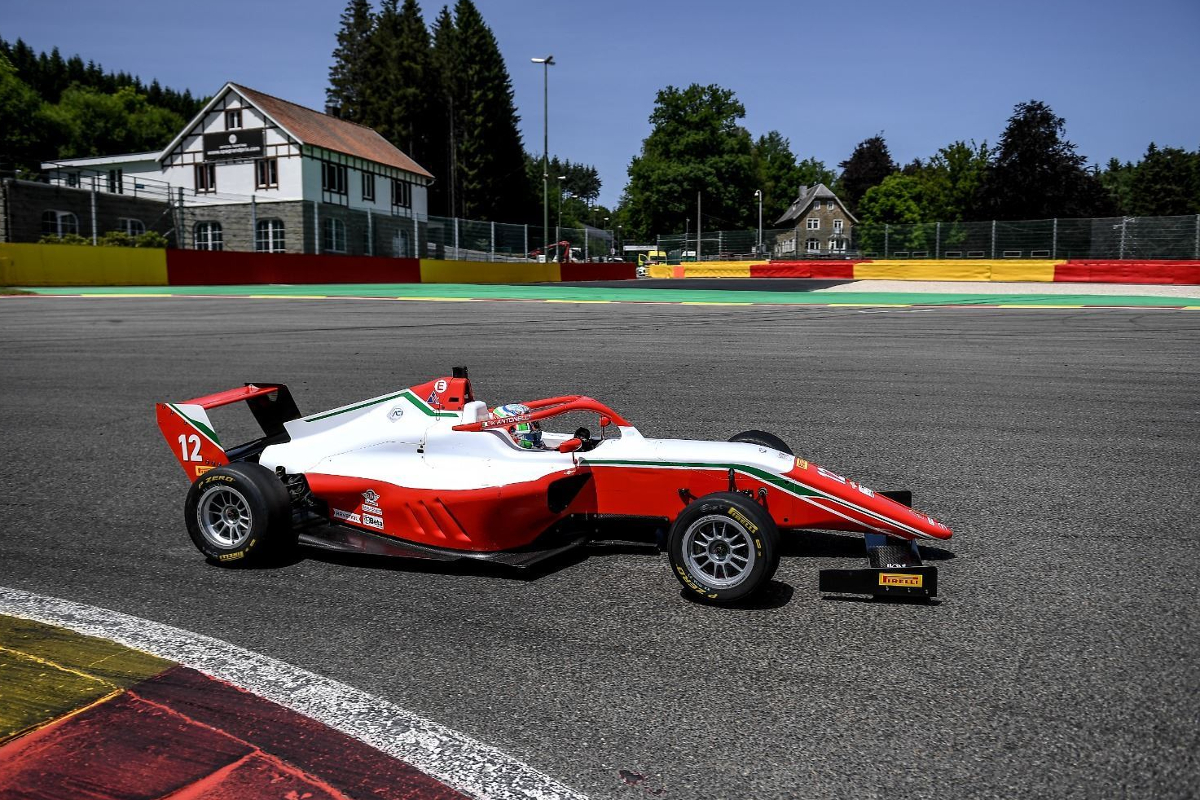 Andrea Kimi Antonelli recovered from falling down to fifth on the opening lap to win the first Italian Formula 4 race at Spa-Francorchamps from pole.

On the grid it was Prema’s drivers that filled the top four positions, and Antonelli came under immediate pressure from team-mate James Wharton.

He attempted to go around Antonelli’s outside entering Les Combes and briefly had the move done but bounced over the kerbs halfway through the first part of the chicane and swept across the track as he rejoined it properly. He then put his right wheels in the gravel at the exit of Les Combes and his car drifted further, while Antonelli was baulked behind him.

That allowed row two starters Rafael Camara and Charlie Wurz to move past, and US Racing’s Marcus Amand too.

One place was recovered for Antonelli on lap two as Amand went straight down the Les Combes escape road while trying to pass the lead pair on the outside, and by the end of the lap there was a queue of three Prema cars as Camara raced ahead.

On the third trip down the Kemmel Straight, Wharton had to fend off a double attack in second place. Wurz came alongside him on the outside, and Antonelli utilised the double slipstream to get on the inside. The pair cleared Wharton on the straight, then Antonelli did Wurz under braking for Les Combes.

Now in clear air, Antonelli set the fastest lap as he tracked down Camara. On lap five of 14 he got onto Camara’s gearbox through Eau Rouge then took the lead from him on the following straight. He immediately moved to the inside after to prevent Camara coming back at him, and once confident he was clear he then romped off into the distance to win by 4.83 seconds.

After a few laps of sitting in second, Camara came under pressure from Wharton and he spent the final third of the race resisting his attacks. That also brought Wurz back into contention, despite the Austrian having fallen into the clutches of Amand and Nikita Bedrin.

Taylor Barnard finished seventh, having a fairly lonely race until Alex Dunne closed onto his rear towards the end. Dunne flew over the Les Combes kerbs when he tried to make a pass and was lucky not to damage his car to finish eighth.

Prema’s Conrad Laursen and US Racing’s Nikhil Bohra finished ninth and 10th, both having squabbled with Dunne earlier in the race. Dunne was penalised 5s post-race for pushing Laursen onto the grass.