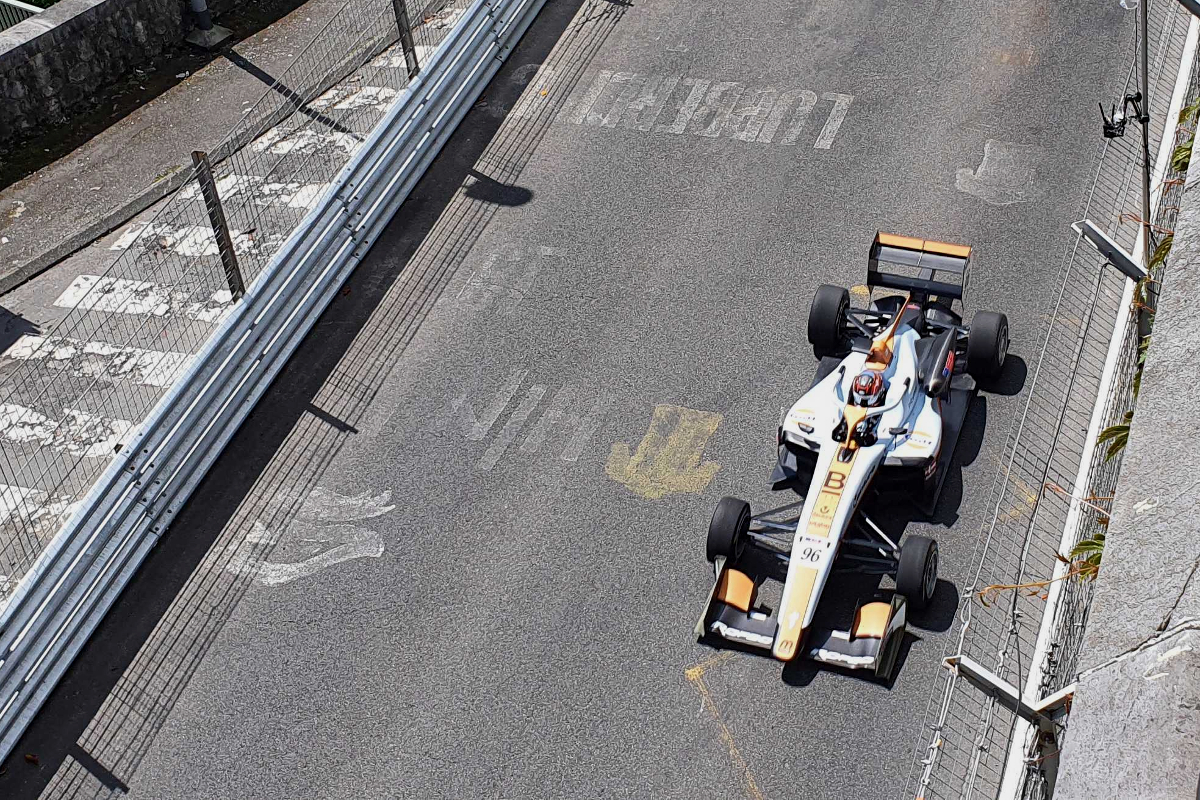 Goethe started from pole and made a strong start to immediately push away while Christian Mansell passed his CryptoTower Racing Team team-mate Vlad Lomko for second place into turn two.

Frederick Lubin stalled and dropped to the back, but he was avoided by those behind and it was an otherwise clean opening lap as the drivers threaded their way around the city streets.

Goethe opened up a gap of 1.289 seconds on lap one, and kept on growing that gap through the first half of the race. He had it up to 6.6s over Mansell when on lap 15 the safety car was summoned following a crash for Van Amersfoort Racing’s Nicola Marinangeli.

The Italian had got crossed up and slid onto the road kerbing and then into the barriers at turn eight, and it was a point where there was no crane access so a recovery vehicle had to come onto the track.

While the car was quickly removed after that, the gaps between the drivers meant the safety car only picked up the top four drivers at first and it wasn’t until lap 19 that the race was able to restart.

What followed was almost identical to the racing prior, with Goethe pulling away from Mansell and Lomko.

Lubin recovered a place at the restart from VAR’s Sebastian Ogaard into turn two after passing BVM Racing’s Francesco Simonazzi, who got permission to start after missing qualifying due to an engine issue, prior to the safety car period.

He then went chasing Nico Pino, and after several laps of pressuring went for the inside of Pino at turn two. The Chilean turned in on Lubin as he did so, resulting in the front of Lubin’s car pitching over the Drivex School-run car of Pino and spinning both into the barriers. The incident will be investigated by stewards post-race.

The proximity of cranes meant both cars could be retrieved without the need of a safety car, and it also meant Goethe’s lead went untouched.