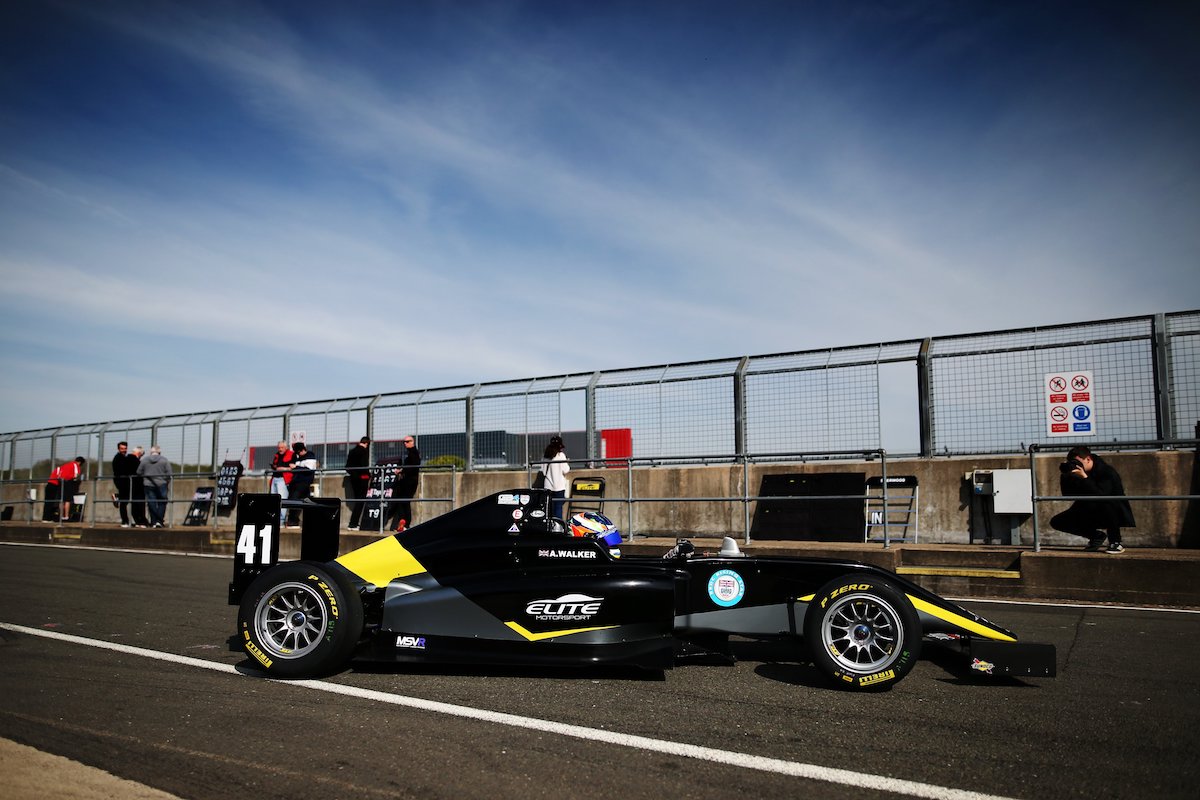 Championship leader Alex Walker was fastest in qualifying at the latest round of the GB4 Championship on the Silverstone Grand Prix circuit.

Megan Gilkes led the timesheets at the halfway stage, ahead of Fortec’s Jessica Edgar, after recording a 2m04.187s effort. The Hillspeed driver then found almost two seconds on her next lap to remain in front, with Taylor 0.067s behind.

But Walker then set a time within 0.3s of his pre-event testing pace to move to the front, with his team-mate Jack Sherwood ending up 0.065s behind to secure a front-row starting spot for Saturday’s opening race.

Taylor improved on his final tour to end the session third overall, 0.376s behind Walker. Having been unable to improve, Gilkes was also pipped to fourth by Max Marzorati, who will also line up ahead of his team-mate from second in race two.

Fortec’s Elias Edestam was another to improve on his final lap to finish sixth, 0.030s clear of Kevin Mills Racing’s Jarrod Waberski.

Lucas Romanek was eighth fastest on his GB4 debut for Oldfield Motorsport ahead of Edgar and KMR’s Tom Mills. Logan Hannah was the quickest of the Graham Brunton Racing duo in 11th.