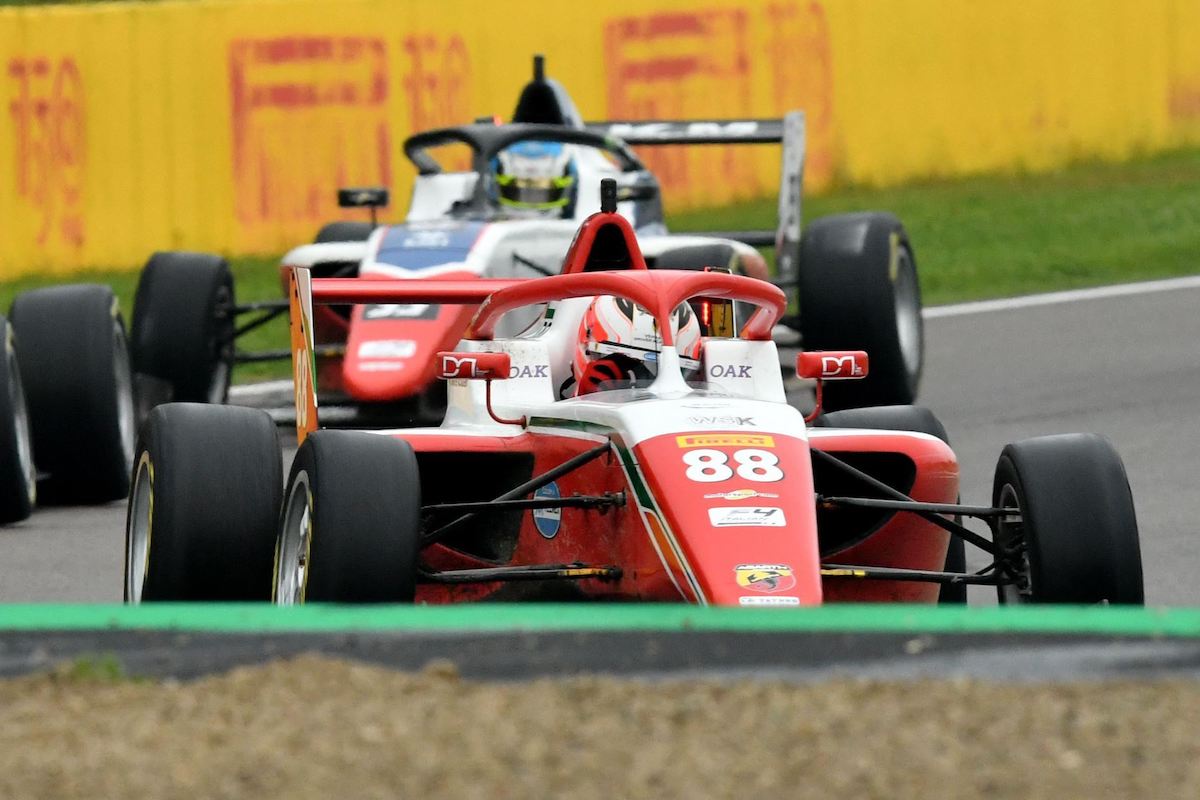 Rafael Camara took victory in the first race of the Italian Formula 4 season at Imola after Prema team-mate Andrea Kimi Antonelli was forced to retire from the lead with mechanical problems.

Before Antonelli’s retirement the duo had fought a close battle for the lead, but with Camara unable to find a way past.

Ferrari junior Camara made a strong getaway from the front row to challenge poleman Antonelli into Tamburello and around the first lap but the Mercedes-AMG junior was able to resist the attacks to retain the lead.

US Racing’s Alex Dunne was another strong starter, latching onto the tail of the PHM Racing duo of Nikita Bedrin and Taylor Barnard.

After the first safety car period, caused by Ricardo Escotto, Camara was immediately back onto his team-mates tail, looking for a way past into Tamburello again.

The race was soon neutralised again as Brando Badoer ground to a halt in the middle of the circuit on the run down from Variante Alta.

This time Antonelli was able to pull out a gap of over 1s at the front, as Dunne passed Barnard into Piratella for fourth.

Prema’s Conrad Laursen was right under the rear wing of team-mate Wharton into Rivazza, and seemed to completely miss his braking point, spearing off into the gravel, though thankfully some distance from the circuit.

On lap 10 Antonelli suddenly slowed, handing the lead to Camara, before pulling into the pits to retire with a gearbox issue that left him unable to shift up to fifth gear.

Dunne completed his progress through the field, demoting Bedrin for second, before the safety car made its last appearance of the race as Frederik Lund was launched over Arias Deukmedjian’s car under braking for Tamburello.

Camara came under late pressure from Dunne but held him off to win by 0.338s, with Bedrin resisting Wharton for the final podium place. Any late overtaking moves were hindered by double waved yellows at Tamburello, Alex Partyshev being the guilty party on this occasion.