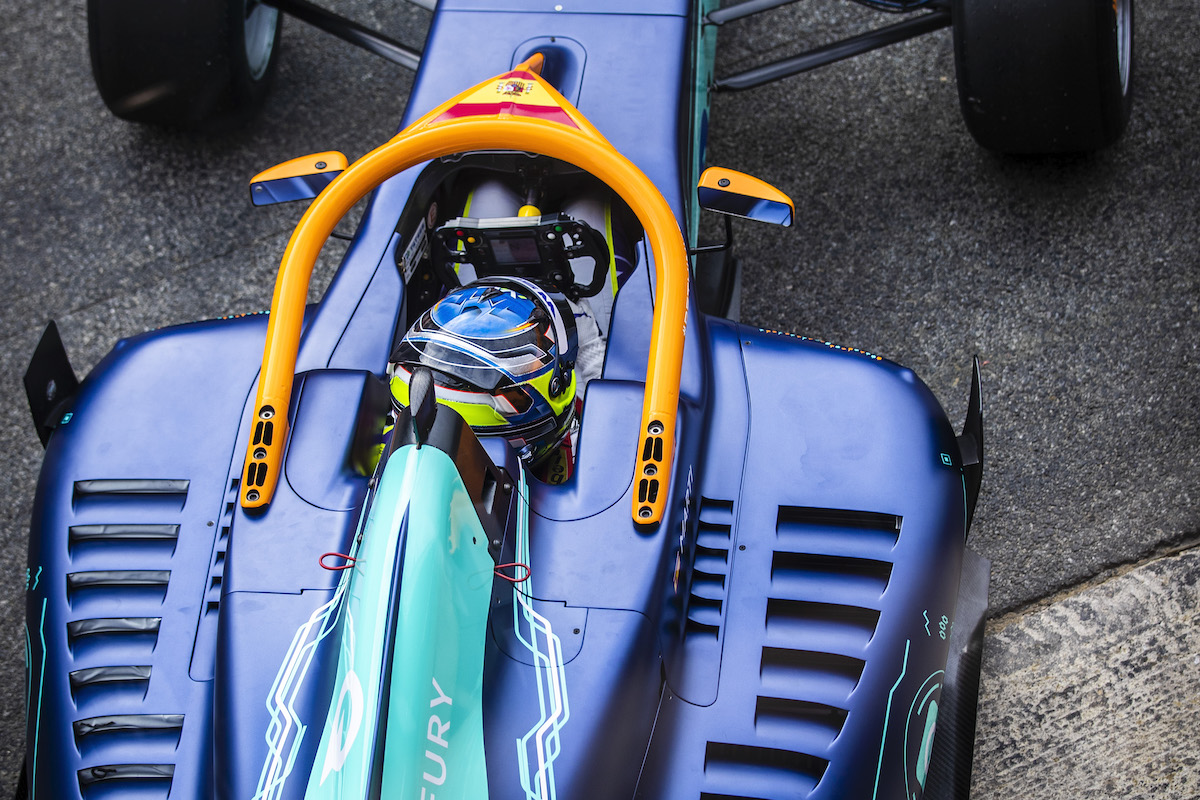 Nerea Marti will start the first race of the W Series season in Miami from pole as she went fastest in a dramatic end to qualifying which saw Fabienne Wohlwend finishing the session in the wall after a high-speed crash.

Alice Powell had held the fastest time by over three tenths for much of the session until being beaten by Chadwick, who finished second fastest, in the final three minutes as the fastest times came in.

Powell was two tenths up in the first two sectors but had to back out of her fastest lap as red flags came out due to Wohlwend’s incident, leaving her third.

The drivers were setting lap times for both of the races this weekend, with each driver’s fastest time setting the order for race one and their second-fastest times setting the grid for race two.

Emma Kimilainen was visibly on the edge as she threaded her car through the newly built chicanes and was able to finish fourth fastest. Wohlwend completed the top five.

Chloe Chambers was the fastest of the five debutants in 11th place, 1.395s off the ultimate pace. The session was interrupted by a red flag for a short time when Chambers spun on the exit of Turn 14 after taking too much kerb, but she was able to get the car started after a minute and the session resumed to green-flag running thereafter.

Early in the session there were a few close calls with the wall as Marti kissed the barrier with her rear tyre and Wohlwend running wide in similar fashion.