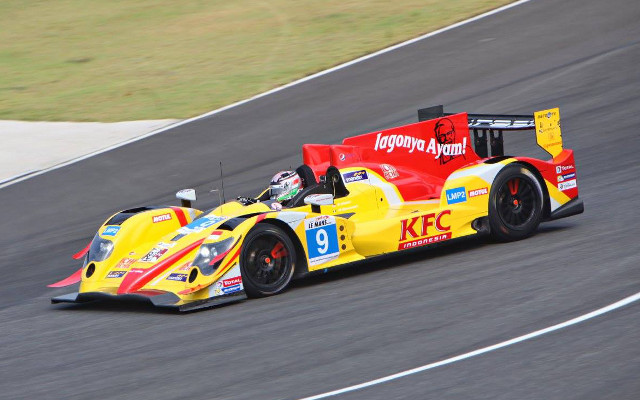 The pair, who have spent much of their career together since karting, shared an Oreca-Nissan LMP2 car fielded by Eurasia Motorsport – the team with which both drivers began in car racing in Formula Pilota China in 2012 ? and decked out in their familiar yellow and red ?Jagonya Ayam? branding.

Gelael qualified the car on pole position but was forced down the order early in the three-hour race by a puncture, only to recover to the lead before handing over to Giovinazzi around halfway through.

Fastest laps from the Italian put him almost 50 seconds clear of second place, and although that advantage was wiped out by a safety car, he was able to resurrect a half-minute lead before the end.

The Buriram race was round three of the 2015-16 Asian Le Mans Series, and Giovinazzi and Gelael are also due to contest the finale at Sepang in two weeks? time.

While 19-year-old Indonesian Gelael is set to do a full season in GP2 this year for Campos, the racing plans of 22-year-old Giovinazzi are unclear – although a reserve driver role with Audi?s DTM team is rumoured after a one-off appearance in 2015.