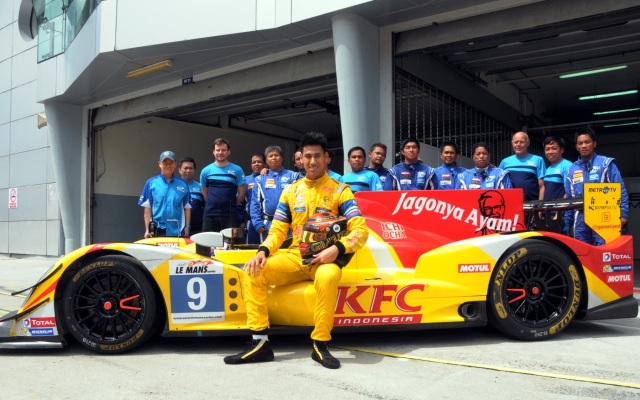 The duo, who have raced together since karting under Gelael’s KFC Indonesia backing, will contest the final two rounds of the 2015-’16 Asian Le Mans Series season at Buriram and Sepang in an Oreca-Nissan LMP2 car.

The car will be fielded by the Eurasia Motorsport team, which brought Giovinazzi and Gelael into single-seaters in 2012 in the Formula Pilota China series, which Giovinazzi won.

It will run under the same ‘Jagonya Ayam’ banner and yellow colour scheme as used by the pair in recent seasons.

“Both Sean and Antonio started their racing careers with us and its great that just three years on we are back together in LMP2,” said Eurasia team principal Mark Goddard.

“They make a very strong driver line up and we believe we have a very good chance of winning.”

Eurasia will also race in the European Le Mans Series in 2016, but has already finalised a driver line-up led by 2002 Macau Grand Prix winner Tristan Gommendy.

While Giovinazzi this year spent a third season in F3, Gelael raced in Formula Renault 3.5 and GP2 and is expected to move from Carlin to Campos for a full campaign in the latter series in 2016, bringing in Mitch Evans as team-mate.

Giovianzzi’s plans are uncertain, but a new rule will stop him – or any other driver – returning to European F3 for a fourth season.

There had been hope of a relationship with Audi yielding a full-time DTM seat, but the German manufacturer will not change its line-up in the tin-top series.