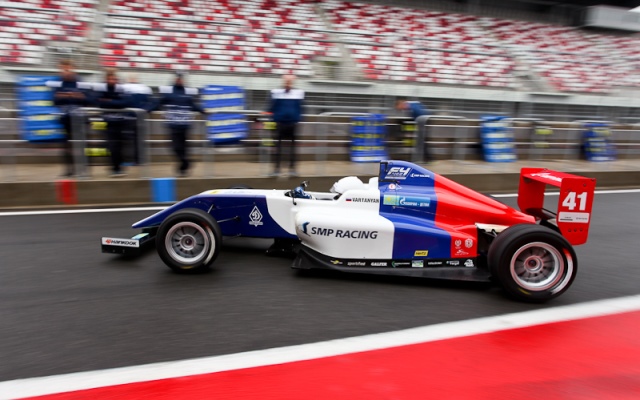 Promising Russian teenager Alexander Vartanyan and Finnish karting duo Juho Valtanen and Tuomas Tujula?are among the first drivers to sign up for SMP Formula 4 in 2016.

Vartanyan made two appearances in the series last year after turning 15, claiming a best finish of fourth at Moscow.

He stepped up to single-seaters with a strong karting record, including fourth the WSK Super Master Series and 11th in the CIK-FIA European Championship last year.

The news of his continued participation in the series next year – announced as part of organiser Koiranen’s 2016 plans – came after winning a race at Portimao last weekend in the F4 Winter Junior Challenge.

Also competing there were the two Finns Valtanen and Tujula, with the former claiming a pole position in Portugal.

Valtanen, 19, has been Finnish karting champion for the past two seasons. He’s also competed internationally, including taking 11th in this year’s world championship, while back in 2011 he was third in the CIK-FIA Academy Trophy behind Charles Leclerc and Ben Barnicoat.

Tujula, 18, was fourth in last year’s Finnish championship and this year competed in the KZ class in the European and world championships. In 2013 he was champion for the FIA Northern Euoprean Zone (where SMP F4 takes place), two spots ahead of Valtanen.

The Finnish pair will hope to follow in the footsteps of compatriot Niko Kari, who won the inaugural SMP F4 title this year and last week was announced as a Red Bull Junior in European Formula 3.

The fourth and final driver confirmed at this stage is Russian Denis Mavlanov, who was 14th in the 2015 season with a best result of eighth.