Giovesi to make GP2 return with Rapax in Abu Dhabi 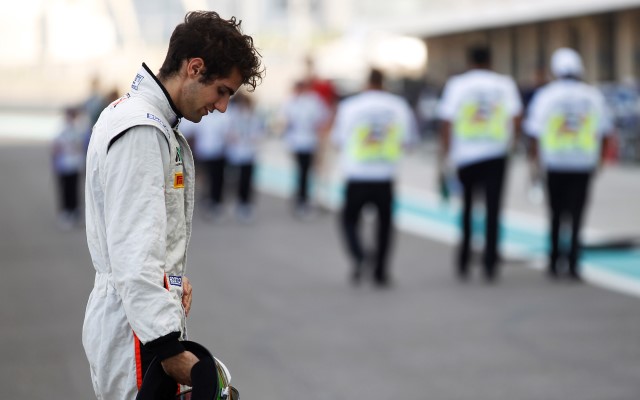 Kevin Giovesi will return to the GP2 Series this weekend in Abu Dhabi with the Rapax team.

The Italian replaces Tio Ellinas, who raced with the team in Sochi in place of regular Adrian Quaife-Hobbs, who had been ruled out with injury.

Giovesi previously contested the opening four rounds of the 2013 season with the Lazarus team and has since competed in Auto GP, winning two races.

The 21-year-old won the Formula Lista Junior title in 2009 before spending two years in Italian F3 and then winning the Copa class of the F3 Open in 2012, coming sixth overall in the older-specification car.

He joined the Caterham F1 team’s roster of young drivers under the new management that took over earlier this year.

Giovesi’s return is the last of three driver changess for the final GP2 round, with Nicholas Latifi replacing?Daniel Abt at Hilmer and Conor Daly taking back his Lazarus seat from Sergio Campana.

Nicholas Latifi replaces Daniel Abt at Hilmer for GP2 finale