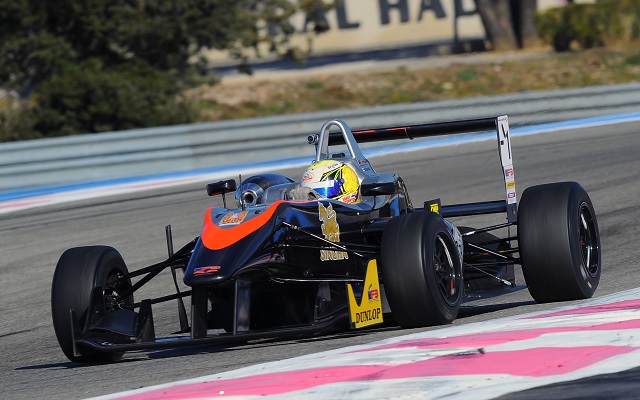 Twenty-three drivers have been confirmed to participate in the first race weekend of the re-branded Euroformula Open’s Winter Series, which will be held at Paul Ricard this upcoming weekend.

The entry list features big name series returnees in former Copa class champion Kevin Giovesi and last year’s runner-up Sandy Stuvik?alongside many of the drivers confirmed for the main season of the championship.

Nineteen drivers will drive in the F312 class, ?which has seen a recently-introduced engine upgrade, with the field being completed by four Copa class entries.

Italian squad RP Motorsport will field three F312 cars, including one for 2013 frontrunner Sandy Stuvik. The Thai racer, who graduated from Formula Renault NEC last year, will be joined by a fellow 2.0 graduate in Dzhon Simonyan as well as Artur Janosz from Poland.

Campos Racing are represented by three cars, with Sean Walkinshaw preparing for his sophomore season in the championship alongside Formula Renault racer Konstantin Tereshchenko and Spanish karting graduate Alex Palou.

DAV Racing’s lineup contains another three cars, including 2012 Copa class champion Kevin Giovesi who raced in GP2 and Auto GP last year. Hector Hurst and Henrique Baptista, who are both confirmed for the regular season, will race alongside the Italian talent.

While one more entry from the team is yet to be confirmed,?EmilioDeVillota Motorsport have already revealed three drivers, including Venezuelan Tatiana Calderon, Japanese Yu Kanamaru and South Korean Che One Lim, who are all set to represent the Spanish team at Paul Ricard.

The second round of the Euroformula Winter Series begins on Friday with four testing sessions and concludes on Saturday with two more practice runs, a qualifying session and the first race of the series.