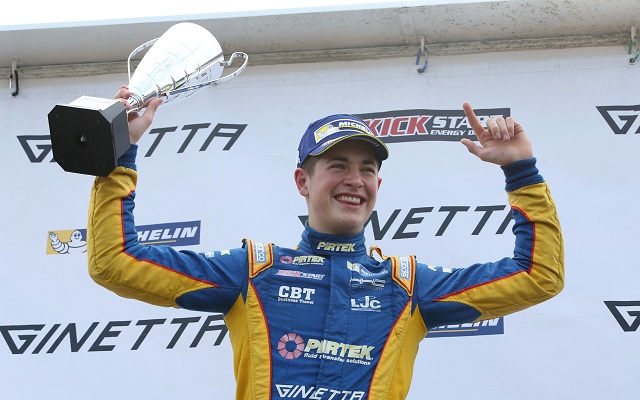 17-year-old Jamie Caroline will make his single-seater debut in the 2016 MSA Formula season, teaming up with Jamun Racing.

Caroline’s car racing career started?in 2014, which featured a sixth place in the Ginetta Junior championship and then winning the Winter Series.

He returned to the championship for a sophomore season and scored 10 victories out of 20 races on his way to claim the title.

Managed by EDGE, Caroline will team up with Jamun, which ran under the MBM Motorsport banner in the series last year.

Jack Barlow and Toby Sowery ran part-time campaigns with the team in 2015, the latter achieving a?podium.

Jamun team manager James Mundy added: “We have been determined to get Jamie in our car for the 2016 season ever since we first tested him. His raw speed and natural talent is something we haven?t seen for some time. It?s a great feeling to get that buzz back.”

Jamun is the sixth team to announce a driver for the forthcoming season, joining Carlin, Fortec, Arden, Double R and JHR.