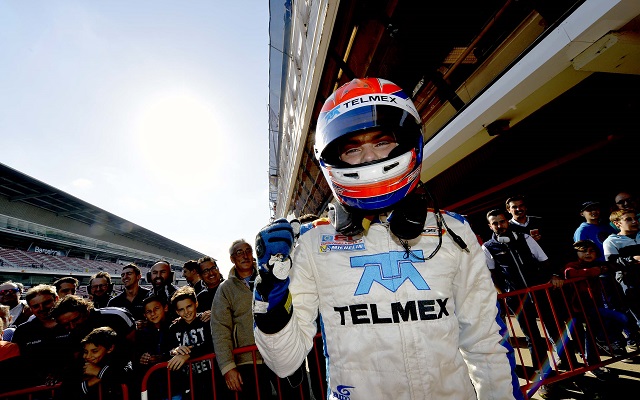 Mexican driver Menchaca will continue with the team for the second year in a row, having taken eighth in 2015.

The 21-year-old, who previously spent two years in BRDC F4, ended his rookie campaign on a high, grabbing his only podium in the season finale?at Catalunya.

“This year the team and I have a very clear goal, win the EuroFormula Open Championship,” said Menchaca.

“Last year I learned a lot on the personal and professional side and we achieved good results, so we decided in November, to continue one more year with the team in the same championship.”

Menchaca finished just three points ahead of Italian driver Pulcini, who will switch from DAV Racing for his sophomore season.

Pulcini claimed?one overall victory at Spielberg and another podium finish at Spa.

The duo will be joined by?Moreno, who spent 2015 as a one-team entry with T-Sport in FIA F3.

Although the 20-year-old failed to score points as his best finish was 16th, he took?a positive 10th place in the Masters of F3 race at Zandvoort.

“This season is key for me because, although?it will be my first year in Euroformula Open, at the same time it will be my second season in a Formula 3 car, so I hope to use my experience to deliver a good performance in order to complete a positive season for my team and myself,” he said.

Campos ran a four-car lineup last year, led by Konstantin Tereshchenko, who fell short of the title by five points.