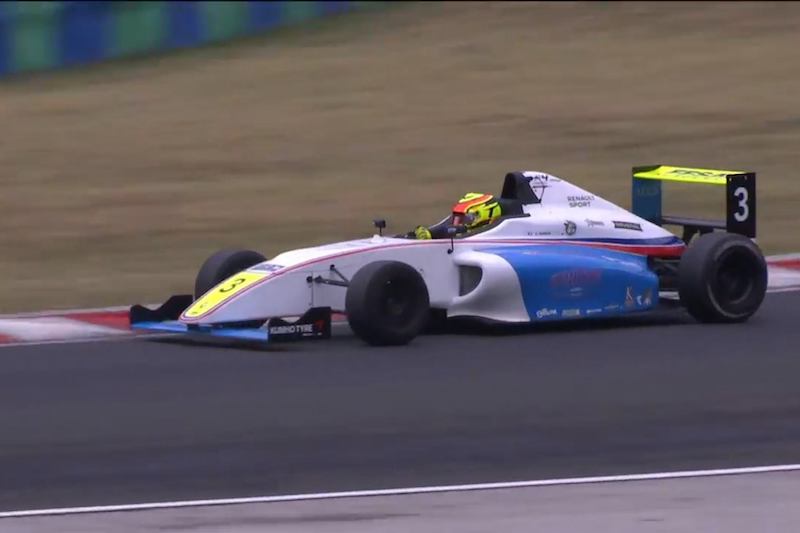 Gillian Henrion held off a late charge from Sten van der Henst at the Hungaroring to take his first French Formula 4 victory.

Henrion snatched the race lead off the line and built a gap of over two seconds as Van der Henst battled to keep Jules Mettetal behind.

In the closing stages of the race, Van der Henst managed to shake off Mettetal and set about catching the race leader. The Belgian racer came within a second of Henrion, but ran out of laps before getting close enough to make a move.

Mettetal spent the second half of the race leading the fight for the final podium position. Evan Spenle fronted the charge behind him, pulling alongside Mettetal and allowing Ugo Gazil, Reshad de Gerus, and Victor Bernier to draw onto the back of the pair.

Mettetal held off Spenle, but then a wide moment allowed Spenle and Bernier to pass. Junior winner Bernier came through to finish third, his second podium of the season, ahead of Spenle and Mettetal.

Despite making contact, de Gerus and Gazil were both able to continue to finish sixth and seventh.