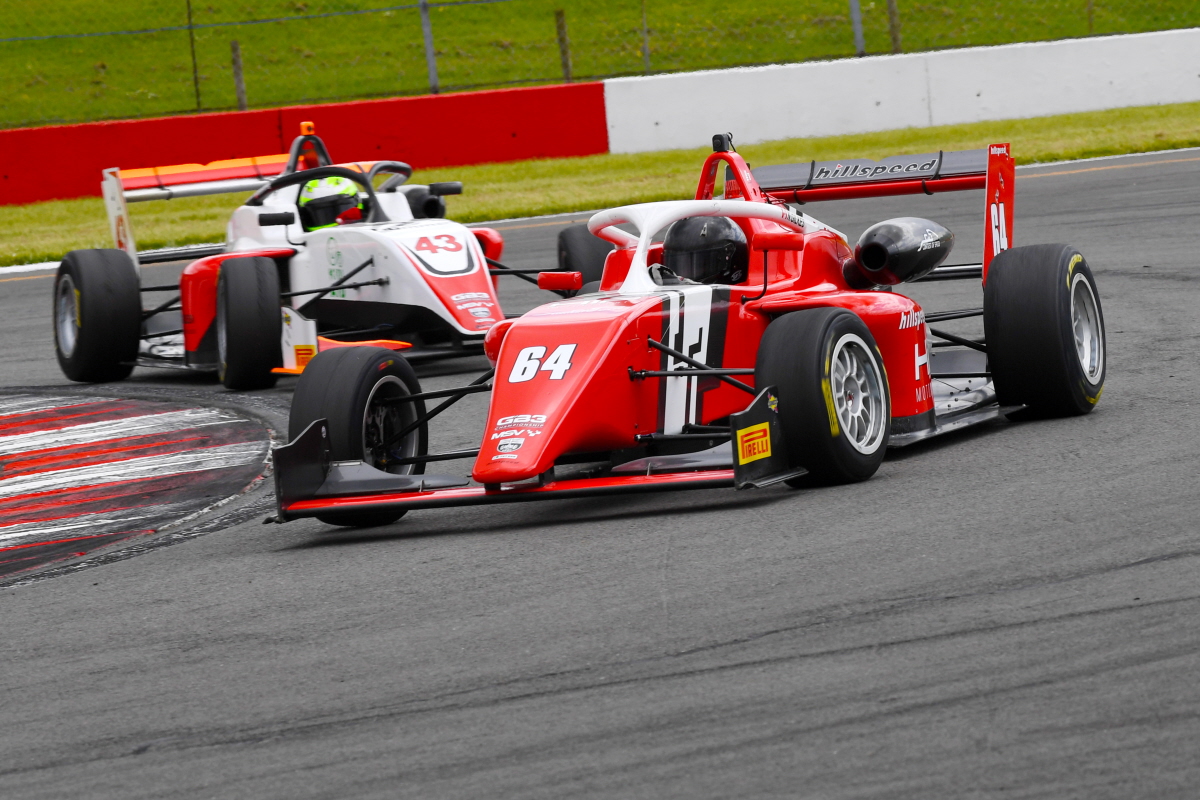 Hillspeed’s Nick Gilkes claimed victory in the final race of the GB3 season at Donington Park.

Gilkes started from pole in the fully reversed-grid contest after a penalty for Fortec Motorsport’s Mikkel Grundtvig, and the Canadian fended off Elite Motorsport’s newcomer Ayato Iwasaki into the first corner to lead the way.

The front three started to pull clear of Iwasaki while Carlin’s Roberto Faria, who made up five places on the opening lap, had an early spin exiting Fogarty from fifth, and was fortunate not to be collected by the chasing pack.

Things got worse for Carlin when all three of their drivers were caught up in the same incident a few laps later. JHR Developments’ Matthew Rees dived inside Callum Voisin for 11th, but contact caused rear-left suspension for Voisin, who then went through the gravel, with his front-wing flying into the path of team-mates Sagrera and Faria.

Voisin was out on the spot, ending his hopes of finishing third in the standings, while Faria dropped down the field once more having also lost his front wing.

That caused a safety car period followed by four more laps of green flag racing, with Gilkes going on to win by 0.903s on Hillspeed’s home circuit from Shields, with Connor scoring his first podium of the season in third.

Connor’s team-mate Nico Christodoulou was fourth, less than 0.2s ahead of Fortec’s Joel Granfors, who made great progress from 13th.

McKenzy Cresswell was eighth ahead of Rees and David Morales.