Dutchman finally gets an F1 race drive after plying his trade in the junior categories for ten seasons. Whether he has truly earned his chance over the years is another question…

Giedo van der Garde has beaten off the competition to take the second seat at Caterham. The news increases the number of rookies set to take part in the 2013 F1 season by one, though “rookie” is hardly a word you’d use to describe the 27-year-old, who has finally earned a seat in F1 after years of testing with various teams. The Rhenen-born driver was announced today as the partner to Charles Pic at Caterham, having been the team’s reserve driver last year as well as racing for the outfit’s GP2 arm.

Van der Garde has enjoyed strong financial backing throughout his career from Dutch billionaire Marcel Boekhoorn, who is also his father-in-law and an investor in fashion brand McGregor, and has been handed the opportunity over seasoned F1 racers Vitaly Petrov, Heikki Kovalainen and Bruno Senna.

“I am absolutely delighted to confirm that I will be racing in the 2013 F1 World Championship with Caterham F1 Team. I want to thank Cyril [Abiteboul, team principal], Tony Fernandes, McGregor and everyone who has worked so hard to make this happen,” said van der Garde.

“I know I am ready to take the step up to F1 and all the work I have done throughout my career, and particularly in the last year with this team, has brought me to my ultimate goal. Throughout 2012 I was able to fully integrate myself into the team, both through the FP1 sessions I ran at a number of tracks that were then new to me, and as Reserve Driver, fully embedded with the team throughout the season. Now I can continue to learn at the highest level of motorsport and show that I am ready for F1. I cannot wait to start work.”

Abiteboul added: “Everyone in the team is delighted that we can finally confirm that Giedo will be racing for us in the 2013 FIA Formula One World Championship. He has been part of our family since early 2012 when he joined our GP2 team and was appointed as Reserve Driver for the F1 team. He acquitted himself extremely well in both his GP2 season and his six FP1 sessions, progressively improving his outright pace, technical feedback and his relationship with his engineers and mechanics, giving us the clear justification for promoting him to F1.

“This is the next natural step for Giedo with our team. We continue to grow as a team and we are committed to giving young talent across the motorsport industry the chance to grow with us and this is Giedo’s opportunity to show he deserves his place at the very highest level of global motorsport. He and Charles have been team-mates before, so he is an excellent choice to partner Charles in what is going to be another very interesting season. We are all looking forward to seeing Giedo continue to progress as he takes on the ultimate challenge of F1.” 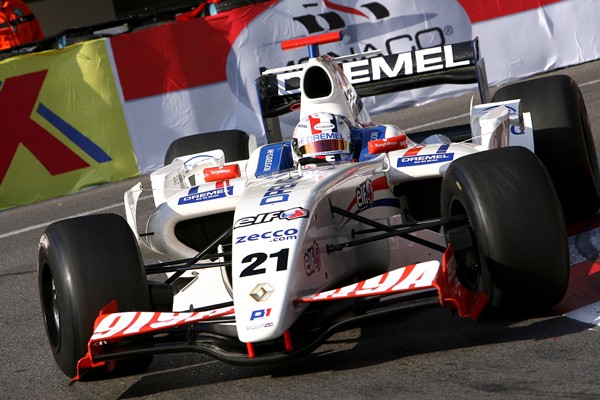 It certainly has been a long road for van der Garde, with his career in junior single-seaters starting almost ten years ago, in 2003 (after he became the world karting champion a year before). During that season, Giedo took part in Formula Renault 2000 Masters (which we today know as Eurocup Formula Renault 2.0), finishing an impressive sixth in the standings with three podiums in six races. What followed was a long three-year foray into F3 Euro Series during which the Dutch driver didn’t exactly shine, although, with the grids for that series being much bigger back in the day, his string of ninth, ninth and sixth was somewhat commendable, even if he only managed one win throughout the years.

So back to Formula Renault it was, this time in 3.5 litre World Series, where Giedo once again showed that consistency was his main trick, finishing sixth in the standings despite no podiums as those behind him had multiple win to their names. In 2008, a year later, he was dominant, producing five wins and taking the title with ease.

A WSR title would’ve surely been grounds to an F1 seat, but it never came to fruition, despite the Dutchman’s best efforts – during his WSR years, he was a test driver with Spyker/Force India but the relationship with the team didn’t advance further – neither did his stints with McLaren, Super Aguri and Renault.

Another year and another major series seemed to be the story then, as van der Garde joined GP2 in 2009 and scored three wins in his rookie season, ending up only seventh in the standings due to a poor first half of the championship. Surprisingly, while he showed plenty of speed, his trademark consistency was mostly absent, as he only finished nine races in the points out of a possible 20. The next year, he joined Addax, with which he spent two winless years, finishing seventh and fifth in the standings while helping the team to the constructors title in 2011. During those three years, he partnered Sergio Perez and Charles Pic, who both ended up beating him in the standings in 2010 and 2011 respectively (although, in the Dutchman’s defense, he spent the majority of 2011 as Romain Grosjean’s main title rival, faultering in the end and falling down a couple places in the standings). 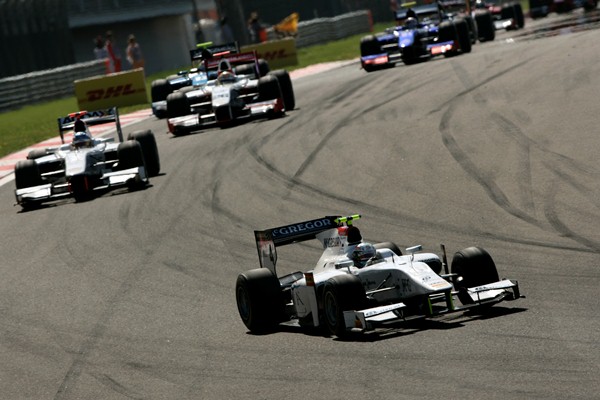 In 2012, Giedo joined Caterham as a test driver, getting a handful of Friday practice outings as part of the deal and partaking in another season of GP2 (something which he has previously ruled out) to help develop the Leafield-based team’s sister squad in the series. Often seeming to struggle with the inexperienced team, he did finish level on points with the year’s best rookie, James Calado, which gave Giedo sixth in the overall standings. It was perhaps not that but the two poles, two wins and lots of other podium finishes that would leave the biggest impression.

With the GP2 season over, van der Garde finally got to take part in some Friday practice outings and, while not exactly Bottas-like, he showed decent results and progress.

Very good. While the insane amount of time it has taken van der Garde to reach F1 might fool some, it shouldn’t, for, unlike most other drivers who took that long, he maintained a consistent level of class and ability throughout his every year in junior single-seaters. However, what was especially pleasing to see is that Giedo seemed to progress in the year just before his F1 debut. Faced with an inferior car and a team lacking in experience, he drove with maturity (most of the time), confidence and remarkable speed.

At 27, is he too old to be debuting in F1, especially in a team like Caterham? Did his consistent but mostly above-average GP2 years warrant a promotion at the expense of keeping Petrov or Kovalainen? Time will certainly tell but, even though his former GP2 teammate technically has a year on him in the premier category, don’t be surprised to see van der Garde leading the backmarker pack. 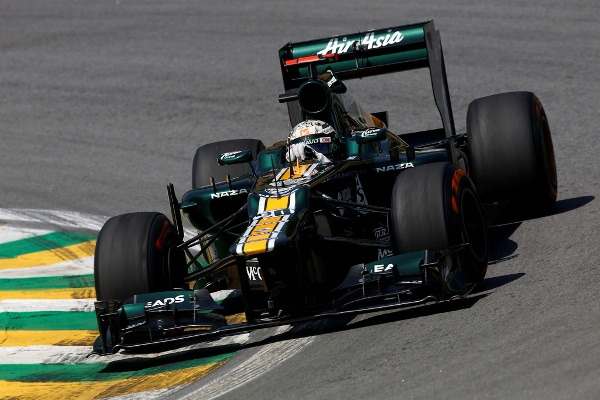 Evans in control on Friday at Hampton Downs