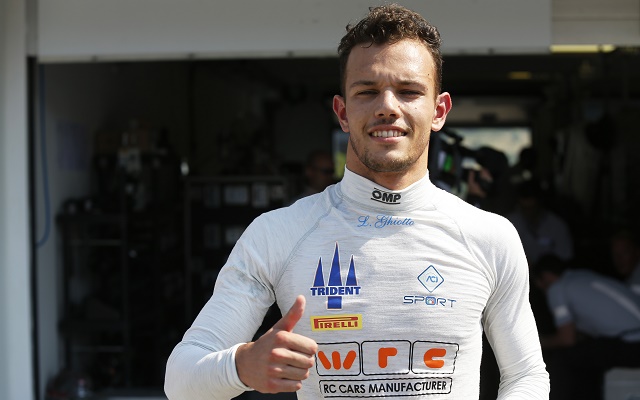 Trident Racing’s Luca Ghiotto strengthened his GP3 championship lead with an imperious performance in the first race of the Hungaroring round.

Ghiotto, starting from pole for the third time in four feature races in 2015, kept the lead off the line, while Esteban Ocon got the jump on Emil Bernstorff for second.

The Briton tried to respond, braking late into turn one and looking around the outside, but Ocon held on and was soon all over the race leader.

As Ghiotto battled Ocon and Bernstorff fought Marvin Kirchhofer for third, the top four separated by just a second, the safety car came out.

The culprit was Jann Mardenborough, who had finished on the podium here last year. The Briton had to park his car off track after he was hit by Zaid Ashkanani in the final corner of lap one, his Carlin machine’s rear wing ripped off.

A restart followed four laps later and, after a lap of green flag running, Kirchhofer dived past Bernstorff in turn one and eventually assumed the inside line in turn two.

The top two, however, maintained the status quo, with Ocon staying within a second off Ghiotto over the subsequent stretch of laps.

Eventually, the Frenchman dropped off, giving the race leader breathing room for the final minutes of the race.

Ghiotto made the most of it, extending his lead to an eventual 3.5 seconds and pumping in a late fastest lap as he drove seemingly unfazed by tyre degradation.

Jimmy Eriksson was sixth, keeping Arden’s Kevin Ceccon behind and with Antonio Fuoco picking up reverse-grid pole in eighth.

Jenzer duo Pal Varhaug and Matheo Tuscher completed the points, the latter beating Mitch Gilbert to tenth place by a tenth of a second.