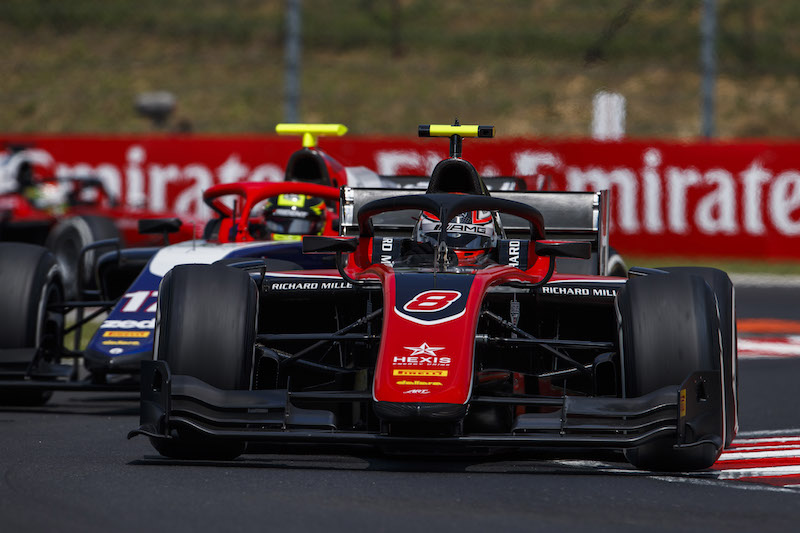 The British driver set a laptime?of 1m28.886 seconds with 17 minutes to go in the session, which was red flagged for over 10 minutes after Tadasuke Makino collided with the barriers at Turn 3.

The times were tumbling during the opening 15 minutes of the session with Prema’s Nyck De Vries leading when the session was red flagged.

De Vries, Russell and DAMS’ Alexander Albon proceeded to swap the fastest lap between each other. Albon held onto the top spot for a couple of minutes half-way into the session, but De Vries set a laptime?of 1m29.188s with Russell setting his fastest lap not long later.

Carlin’s Sergio Sette Camara was the last driver to set a fast lap to move himself up the times, ending the session in third place behind Campos driver Luca Ghiotto.

After briefly leading the session Albon – who is third in the drivers’ championship heading into the Hungaroring round – ended practice in fifth place and 0.451s behind Russell.

Lando Norris was only able to set a time good enough for eighth position, with MP Motorsport’s Ralph Boschung and Arden’s Nirei Fukuzumi all ending up ahead of him.

Russell’s ART Grand Prix team-mate Jack Aitken was ninth and 0.648s off the pace, while Russian Time’s Artem Markelov rounded off the top 10 for the practice session.