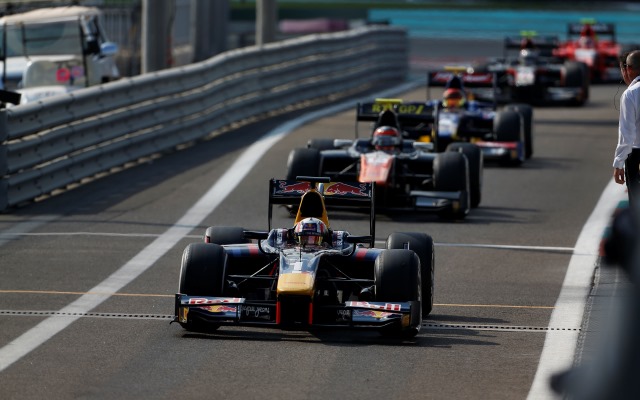 Multiple championship-winning Formula 3 team Prema is stepping into GP2 after taking over the Lazarus entry and on its first day will run Gasly, who took three poles in the final four events of his rookie GP2 season for DAMS, and Wehrlein, who has admitted GP2 could be an option if a Formula 1 seat does not materialise.

It’s known that on the second day of the test, Prema will run its F3 champion Felix Rosenqvist alongside Formula Renault 3.5 champion Oliver Rowland.

Taking over Gasly’s place at DAMS for the first day of the test alongside its regular driver Alex Lynn is Nicholas Latifi, who did a part-season this year with MP Motorsport.

Rowland – who did four GP2 events this term with MP and Status – takes over the car of champion?Stoffel Vandoorne at ART alongside regular?Nobuharu Matsushita.

Dean Stoneman will remain with Carlin after taking in the final three rounds with the team and be joined by two-time race-winner Richie Stanaway.

Speculation places Mitch Evans as Gelael’s team-mate at Campos in 2016, but the Kiwi is testing with Audi’s DTM squad this week.

On Thursday, Ghiotto will move over to Racing Engineering, which is running top 2015 rookie Sergey Sirotkin on day one alongside its regular racer Jordan King.

Eriksson will appear on the latter two days for Arden, which is running another Swede Gustav Malja and its 2015 racer Norman Nato on Wednesday. The Frenchman is another that will sample Racing Engineering, on Friday.

Russian Time protege Artem Markelov is joined by FR3.5 race-winner Tio Ellinas on Wednesday, with Japanese-based Andrea Caldarelli due in the car on Friday.

Rosenqvist makes his GP2 bow for Status (he won the Macau Grand Prix for team owner Teddy Yip Jr under the Theodore Racing banner), while the team will run Philo Armand on all three days of the test.

Status GP3 racer Alex Fontana and Malja will also feature for the team later in the week – Fontana makes his GP2 debut for Rapax on Wednesday alongside usual Arden racer Andre Negrao.