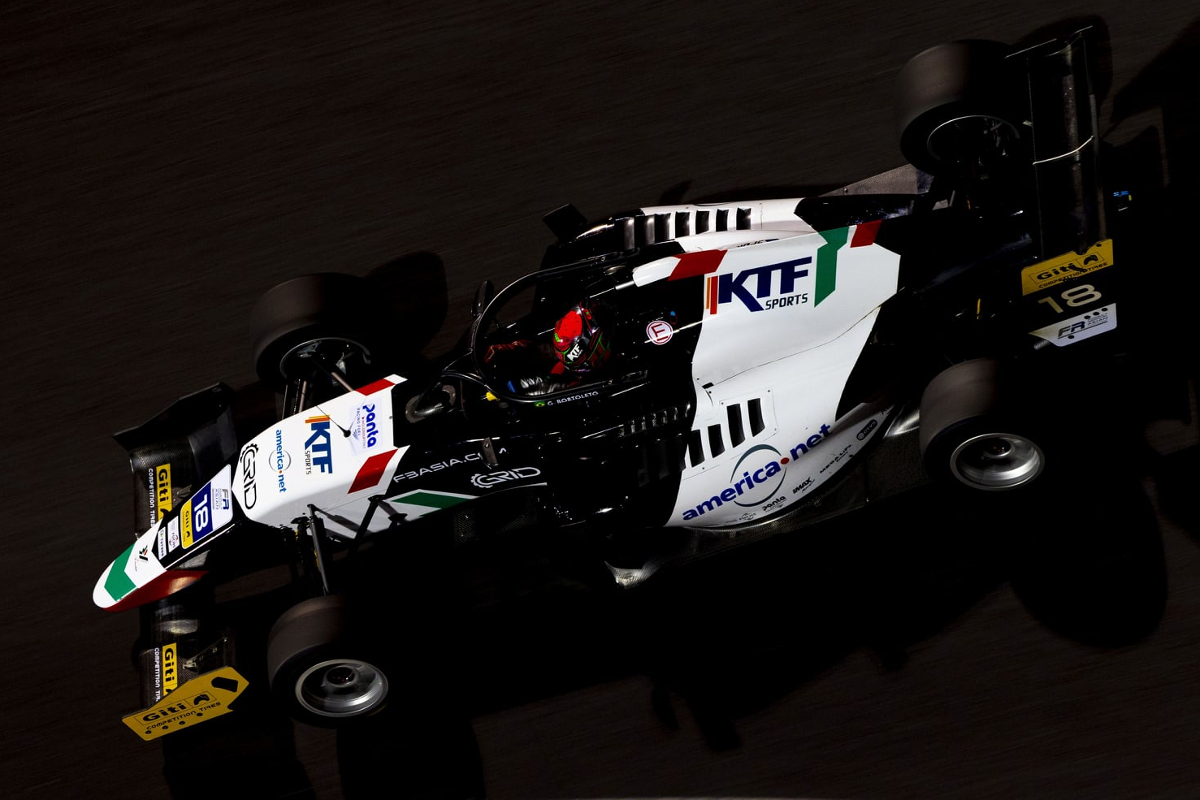 A late safety car period set up a final lap shootout with under one minute on the clock, but Bortoleto controlled the restart without drama, taking the flag 0.974 seconds ahead of his 3Y Technology by R-ace GP team-mate Lorenzo Fluxa.

Isack Hadjar was the only driver who looked capable of attempting to pass Bortoleto, having rapidly got to second from seventh on the grid. However, the Red Bull junior retired in the pits during the second safety car period with two laps remaining, promoting Fluxa.

Mumbai Falcons’ Arthur Leclerc and Sebastian Montoya finished third and fourth after strong drives. Leclerc had a look at Fluxa into turn nine on the last lap but could not find a way past and had to settle for third.

Leonardo Fornaroli started third but dropped back, then several retirements helped him climb back to fifth, one place ahead of R-ace’s Oliver Goethe who started 24th after an early retirement in race one but took advantage of Joshua Dufek and Jak Crawford running wide to jump the pair on the final lap. Goethe was penalised 10s post-race, dropping him to 14th.

One third of the race ran behind the safety car, the first interruption from an incident involving Gabriele Mini (Hitech GP), Dino Beganovic (Mumbai Falcons) and Montoya at turn nine and resulted in Mini and Beganovic retiring.

R-ace’s Hadrien David had been making rapid progress up from 22nd. An attempted pass on Paul Aron at turn six enabled Cem Bolukbasi and Pepe Marti to close onto him, David ran wide on the exit of turn nine and as he rejoined into turn 10 the three made contact.

The resulting damage put Bolukbasi and Marti out immediately, with David retiring in the pits.