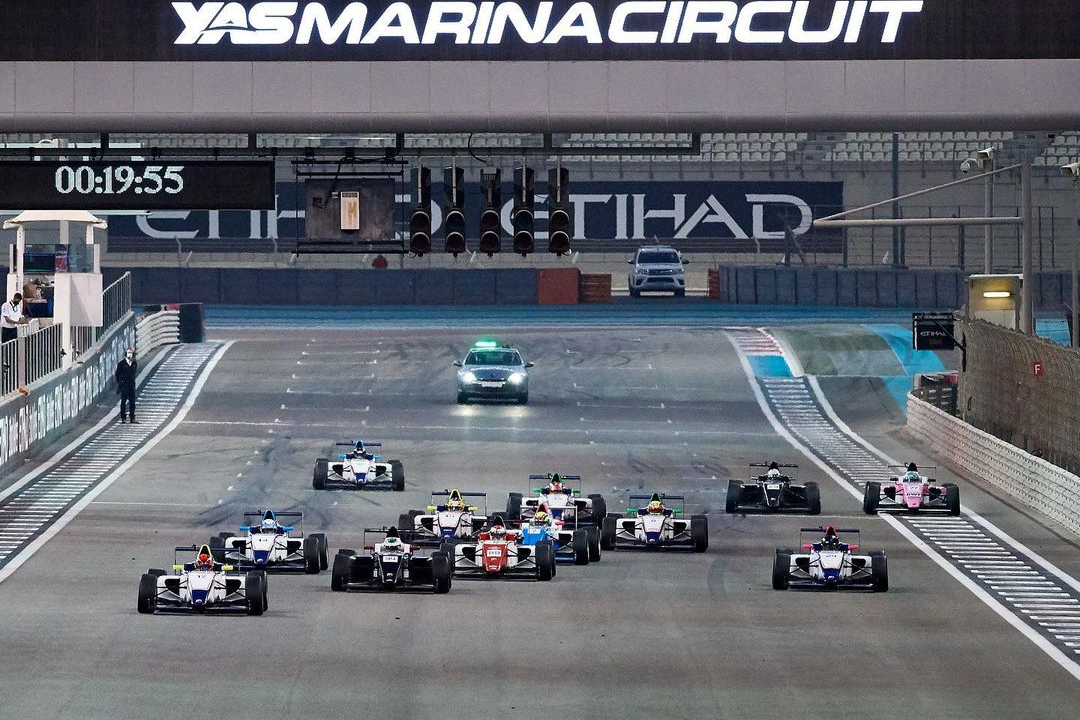 The full list of 10 drivers contesting this weekend’s Formula 4 support event at the Abu Dhabi Grand Prix have been revealed.

Supply chain and shipping issues has led to only three teams being able to compete with the brand new Tatuus T-421 at Yas Marina Circuit, with Hitech GP and Global Racing Service’s freight still in transit.

Formula Scout was told by a source close to the series that those who transported their equipment by plane, rather than ship, were able to get everything to the United Arab Emirates on time for the car’s debut while others remain in transit.

However she was outpaced by her team-mates in Italian F4, with Conrad Laursen and part-time rookie Andrea Kimi Antonelli both scoring twice as many points this year, while Charlie Wurz – who won the GT4 class in a Porsche Sprint Challenge Middle East race at the Saudi Arabian Grand Prix last weekend – only just behind in the standings despite contesting only two rounds.

MP has brought across its Spanish F4 drivers, and is entering a car that will be run in association with Global Racing Service so Vladislav Ryabov can race while GRS’s own cars remain in transit.

Xcel has Aiden Neate, who has raced in British and French F4, and Jamie Day whose father Kevin is Xcel’s managing director.

He also moved into car racing, contesting F4 UAE and entering the most recent UAE Procar Championship round, winning on his debut in the Clio Cup class and finishing second in race two.

Ahead of the 2022 season, F4 UAE will test at Dubai Autodrome on December 16/17. To make up the mileage with the new car they otherwise would have gained this weekend, Formula Scout has learned the absent teams are pushing for additional test days. December 20 at Dubai Autodrome is an option, while bookings have already been made for Janaury 6 and 8. However with all teams free to participate, the absentees are hoping more days can be found.