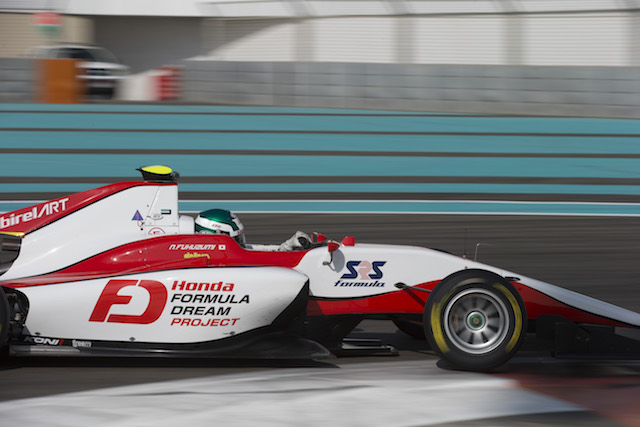 The Japanese driver, who finished seventh overall in his rookie European campaign in 2016, set a best of 1m55.853s in the morning session and then lowered his mark to a 1m55.479s in the afternoon.

Fukuzumi will not drive on day two of the test, with his ART car taken over by Formula 3 racer?Anthoine Hubert.

Aitken, who scored seven podiums in the final nine races for Arden, joined ART for the first day of the test and was second to Fukuzumi in both sessions, 0.555 seconds adrift in the morning and then 0.233s away in the afternoon.

Russell, preparing for an expected switch from F3 to GP3 for next season, was fourth in the morning behind Trident tester?Arjun Maini, then just two hundredths away from Aitken in the later session with Maini just behind in fourth.

Maini will take his former BRDC F4 rival Russell’s place in the ART line-up on Thursday.

Alesi had been fifth in the morning in front of Arden’s?Niko Kari, with Ferrucci, Schothorst, Lorandi and Tveter all in the top 10.