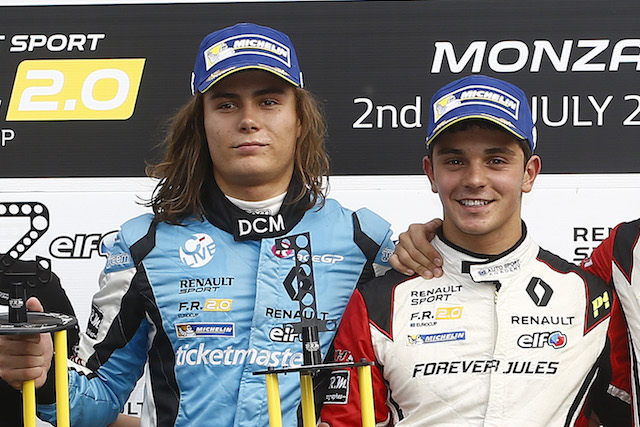 Belgian driver Defourny, who ran Lando Norris closest for the Formula Renault Eurocup and NEC titles this year and has already tested in Formula V8 3.5 in recent weeks, will be in action for ART Grand Prix on the first day of the test.

He will be alongside the team’s Honda protege Nirei Fukuzumi,?former Arden driver?Jack Aitken?and ex-Formula 3 racer George Russell, who is expected to race for ART next year alongside a Mercedes development deal. The Briton took part in the same test two years ago with Arden as a prize for his BRDC F4 crown.

Frenchman Boccolacci, who beat Defourny to second place in the Eurocup standings and has also tested FV8, will test with Arden, as will Brazilian driver Leist and Red Bull Junior?Niko Kari. Helmut Marko has already stated that Kari will move from F3 to GP3 for next year after making his debut at Spa with Koiranen.

Alessio Lorandi stays on at Jenzer along with the team’s Italian F4 champion?Marcos Siebert (who did one day of last year’s test) and Formula Renault graduate?Bruno Baptista.

Rowland to DAMS, Giovinazzi to Arden in GP2 test