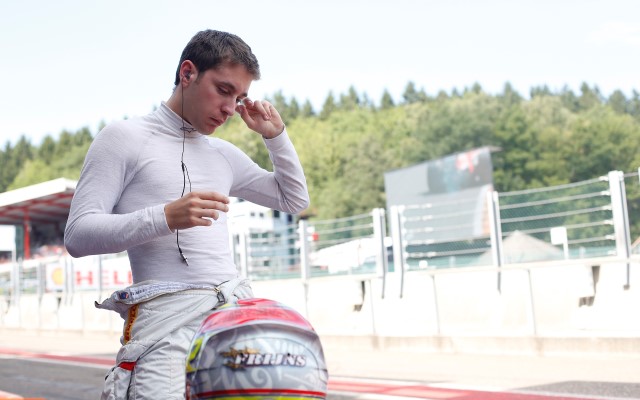 Robin Frijns has moved to help his chances of landing a Formula 1 seat by making changes to his management in recent weeks.

The 2012 Formula Renault 3.5 champion signed an agreement with Dutch firm Just Sports Marketing to assist him on the commercial aspect of his career.

Initially, Werner Heinz was to remain in charge of the sporting side, but Frijns has today announced that he has ended his agreement with the German’s WHS International company.

“After careful consideration I have come to the conclusion that it will be the best for me and my career to make some management changes,” said Frijns. “Unfortunately, my career is somehow stuck now and I hope that these changes will help me to do some important steps forward.

“I have not yet decided who will look after the sporting side of my career from now on, but I will do this very soon.”

Frijns held a reserve driver role with Sauber earlier this year but, with driving opportunities limited at the cash-strapped team, the two parties have parted ways ahead of 2014. He has also raced on an on-off basis in GP2 this season with the Hilmer Motorsport team.

It’s great to see Frijns making these changes to his management. It’s a sad state of affairs, but many of Formula 1’s teams cannot afford to run him unless he brings some funding to the table.

Only F1’s biggest teams can take on drivers without having to worry about the financial side of things, but Frijns’ short-term chances of signing with them are slim.

It’s well known that he rejected the Red Bull Junior Team on at least one previous occasion (when the economic realities were not so harsh), and so they cannot justify hiring him to the detriment of their existing, talented proteges like Jean-Eric Vergne and Antonio Felix da Costa.

McLaren have the top two drivers in this year’s Formula Renault 3.5 Series who, like Frijns, are making a strong case to be on the F1 grid next year and so the Woking team have already got their work cut trying to find them vacancies without throwing Frijns into the mix. Ferrari have Jules Bianchi already on the grid and great Itailan hopes Raffaele Marciello and Antonio Fuoco on the way.

On top of the drivers already on the books of the top teams, there are super talents like Nico Hulkenberg on the market. As long as the German – who was every bit as impressive on his way up the ladder as Frijns has been – is available and with the experience of three F1 seasons under his belt, there’s no reason for teams to be paying much attention to the Dutchman. Incidentally, had McLaren signed Hulkenberg rather than Sergio Perez, Frijns might have got in at Sauber this year alongside Perez.

Frijns’ best chances of a race seat are with the smaller teams, but he’ll need to find some financial backing in order to help. That’s why he needed to split with Heinz. Heinz has some very talented drivers on his books, but he has no obvious history of finding sponsorship for them. There’s the aforementioned Hulkenberg himself (think where he could be if he had some money) and also Le Mans stars Tom Kristensen and Andre Lotterer and DTM aces Bruno Spengler and Edoardo Mortara – four of the best drivers currently racing to have never done F1.

Heinz would have been able to find a factory DTM or sportscar ride for Frijns, but he wants to be an F1 champion and a look at Heinz’s current clients suggests he wasn’t necessarily the best man to facilitate that.

The travesty is not that teams won’t take Frijns without him bringing money – the current market leaves them with little choice – but that nobody is prepared to sponsor him. Dutch drivers have historically been well-backed, and while it’s true that many of these associations have come from family links, there must be somebody – even in the current climate – who is prepared to get behind a driver capable of being the nation’s first F1 champion.

Heinz has contacts in racing, but hopefully Just Sports Marketing can use their contacts with Dutch companies to give Frijns the overall package that he needs.