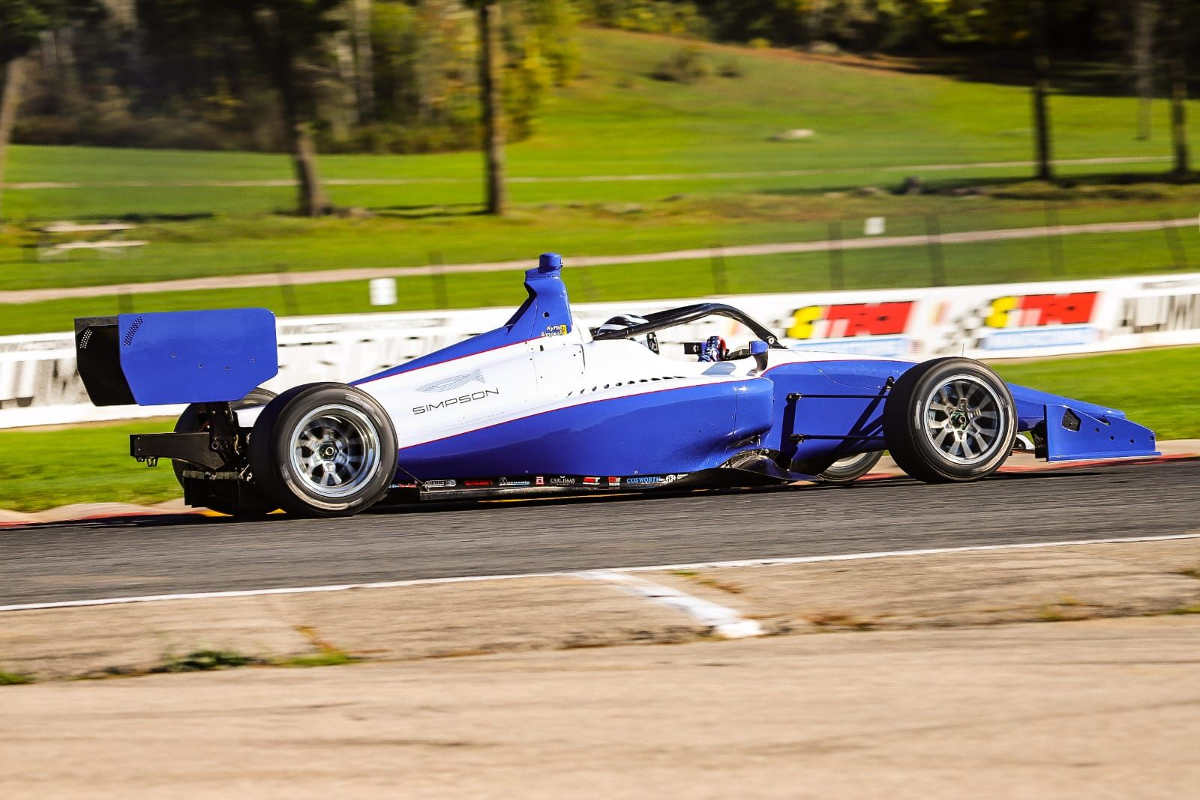 The prize for claiming this year’s FRegional Americas title is a $600,000 scholarship supplied by Honda to fund a move into SF in Japan. The anticipated Indy Lights calendar for 2022 is set to clash with SF’s seven-round schedule on two occassions.

TJ Speed is contesting its maiden season of racing this year in FRegional, and its lead driver Simpson won five of the team’s first six races. He heads the standings by 65 points going into the final round, with 75 still to score.

“It’s another important step to reach my overall goal, racing in IndyCar. With IndyCar resuming management of the series from next season, things are looking positive for the future.

“The [Dallara] IL-15 is great to drive. Tim [Neff, TJ Speed owner], the team and I have been working hard to understand what it needs to get that last 5% out of it, and I feel pretty confident I will be challenging at the front from the season opener.

“I wouldn’t be here without Tim’s support and I’m grateful we can make this step together, just one year after I started working with him, and two years after I made my car racing debut.”

The 17-year-old compteted part-time in United States Formula 4 and FRegional in 2020 after coming eighth in the F4 Western Winter Series in what was his first year of single-seater racing.

In 2021 the Caymanian has claimed three podiums in Indy Pro 2000 alongside his FRegional campaign and completed the shakedown of TJ Speed’s first Indy Lights chassis in August. Two weeks ago he did a two-day test at Road America, where Toby Sowery was driving the team’s second chassis.

“I think the last quarter of 2021 will be the busiest time of my career so far; Indy Lights testing, the HPD GT3 Academy with Honda, the final FRegional Americas rounds and test days… I’m just trying to be the most complete driver possible,” Simpson added.

The Chris Griffis Test takes place on Indianapolis Motor Speedway’s road course at the end of October and will be the last official Road to Indy running of the year. TJ Speed will be in action with both of its cars.

“All of us at TJ Speed are excited to have Kyffin sign with us for Indy Lights,” team boss Tim Neff said. “We’ve had great success in FRegional this year and are hard at work to prepare for the next step of Kyffin’s career.

“Testing in the IL-15 has been going great. We have been to Autobahn, Barber, Homestead and Road America so far and Kyff hasn’t put a foot wrong.”