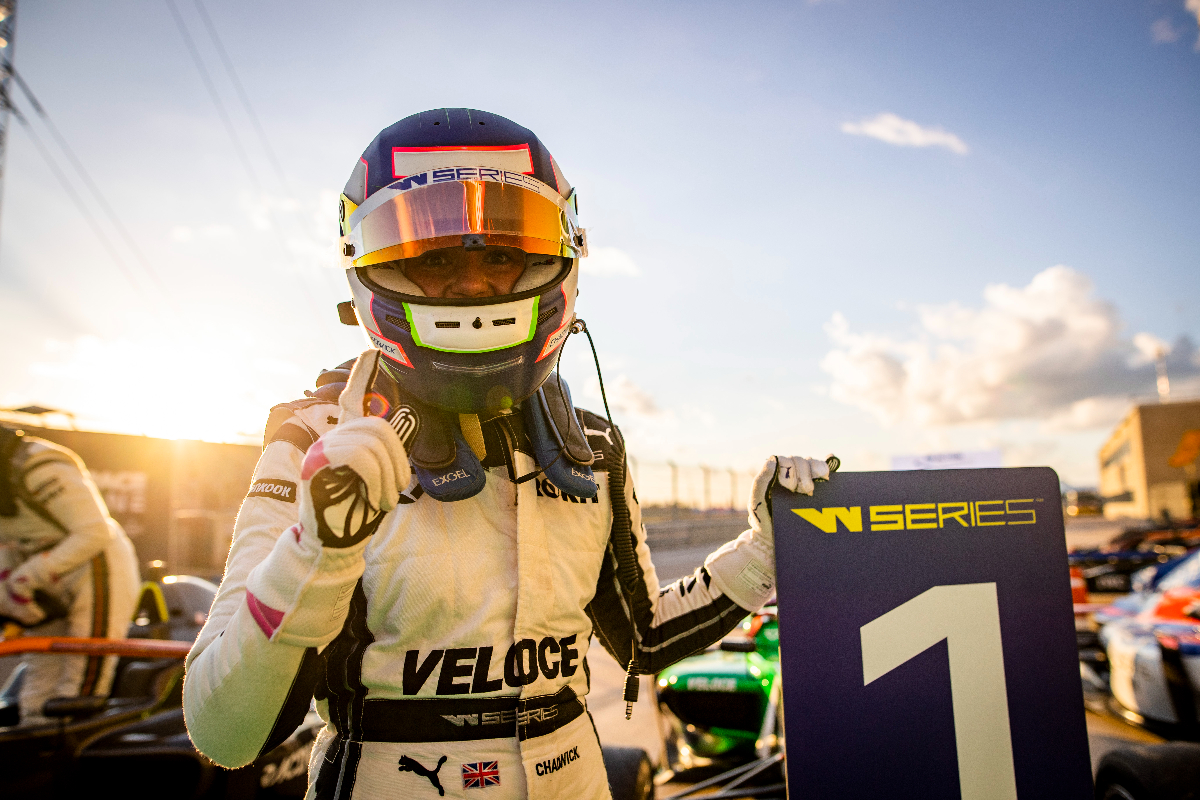 Chadwick defeated Powell by winning both races in last weekend’s Circuit of the Americas double-header, having gone into the final round level on points.

It was her second title, having beaten Beitske Visser to the inaugural crown in 2019, and bookends her very difficult 2020 Formula Regional European Championship season. She reflected on the 2021 season shortly after becoming champion.

“[It’s] hard to put into words, to be honest,” Chadwick said.

“I feel this year’s been high pressure, I feel like I’ve been pushed all the way and coming into America it just felt like I had to level up and make sure that we did everything possible.

[I’m] just relieved, happy, honestly and couldn’t be happier like I said to have got the title.”

Formula Scout followed up by asking in the post-event press conference whether the second title meant more than the first.

“They both mean a lot but definitely this year felt harder-fought,” she explained.

“In 2019 I got a big advantage early on and then it was just managing it, whereas this year every race it was tossing between Alice and I, so yeah it was tough.

“Like I keep saying, it felt higher pressure this year and also felt like the stakes were higher. The sense of occasion being on the F1 package, everything about it just felt like we needed to constantly be performing.

“Obviously, really happy to have come out on top but definitely a tougher year I would say which I would say maybe makes it a little sweeter this season than in 2019.”

“Last year was a difficult year, there were a lot of factors that played a role in that, but I think the main thing is that this year showcased the opportunity that W Series is.”

Chadwick also said that she is “excited” for the future, but does not yet know where she will race in 2022.

The W Series crown earned her a sizeable sum of $500,000, but the budgets at the next level of single-seater racing far exceeds that.

FIA Formula 3 chief executive officer Bruno Michel revealed back in July that he and his W Series counterpart Catherine Bond Muir were discussing the possibility of giving the W Series champion a test in an F3 car post-season.

“What’s going to come with that and I’m so excited for what’s next,” said Chadwick. “I don’t know what’s next, but yeah I think it’s been of real importance and a leg up on my career to have that double championship.”

Chadwick theoretically could return for a third W Series season in 2022, but she would not be able to accumulate any points in doing so under current regulations,