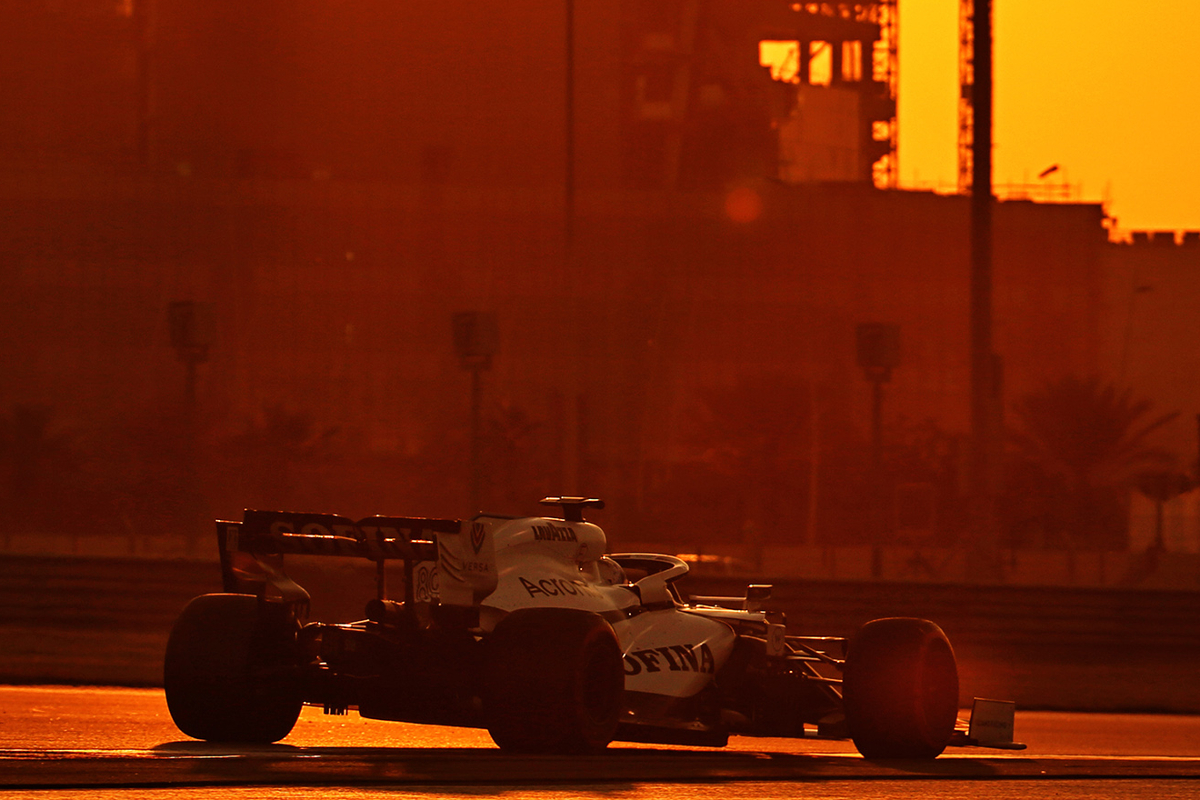 Jack Aitken will return to Formula 1 for the first time since his back-breaking sportscar crash when he drives for Williams in Abu Dhabi Grand Prix free practice this December.

The 26-year-old competed for Williams in last year’s Sakhir Grand Prix in what was his race debut, having made his first free practice appearance earlier in the year at the Styrian Grand Prix.

He missed out on a full-time 2021 F1 promotion and instead moved into sportscar racing with Lamborghini customer team Emil Frey Racing. That campaign, and his stand-in run in Formula 2, was halted by a huge crash at the Spa 24 Hours in July.

“Sneaking into Williams Racing to check she still fits,” Aitken said as he did his seat fit in the team’s FW43B car.

“Pumped to say I’ll be taking part in FP1 in Abu Dhabi with the crew again. Cannot wait to jump back in, and close off the year the right way.”

Aitken was Williams reserve driver this year alongside his racing programmes, but breaking his collarbone and back meant he couldn’t be on call in F1 for much of the second half of this season and it also kept him out of a single-seater in F2.

His F2 commitments were as a substitute at HWA Racelab once signed driver Matteo Nannini vacated his seat. In the three rounds Aitken did he scored no points, marking an underwhelming return to a series where he had won four races and claimed seven other podiums over the previous three seasons.

That seat is vacant once again for the final two rounds of the season, with Aitken and the most recent incubent Jake Hughes both in contention to fill it for the races in Saudi Arabia and Abu Dhabi.

Patterson reunites with Monolite for second FREC appearance at Monza