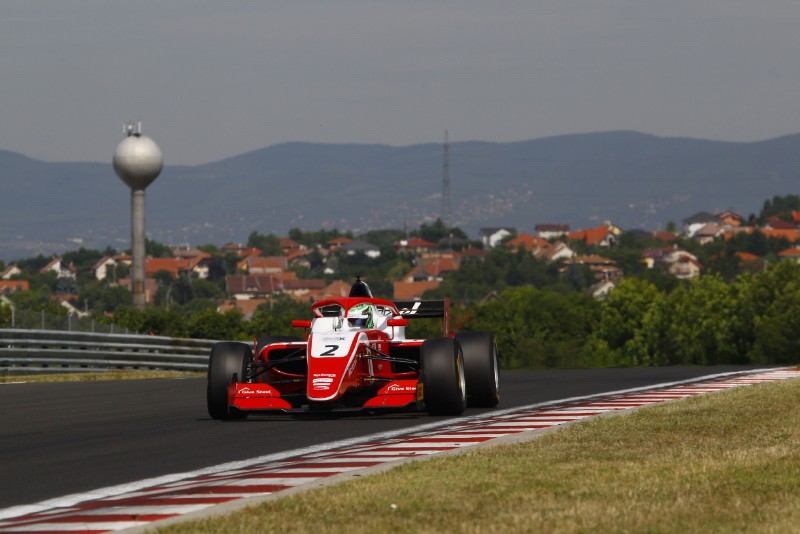 Frederik Vesti topped both qualifying sessions to claim pole for all three Formula Regional European Championship races at the Hungaroring.

The Prema driver was the first to go under the 1m40s mark in the first session, and led the second by 0.154s over team-mate Olli Caldwell.

Caldwell was pipped to second place in the first session by a late-charging Enzo Fittipaldi, another Prema signing and Vesti’s chief rival for the title, but the Brazilian could only manage fourth in the second.

Van Amersfoort Racing’s Sophia Floersch was narrowly in front of him, having got into her groove in Q2 and ducked under 1m40s. She was fifth in the first session.

David Schumacher appeared to be having some problems in Q2 after setting the early pace in Q1. He was one of the last drivers to take to the track and took a while to hit his stride. He was outrun by Caldwell again in the second session, and could not match Florsch’s time either, having narrowly edged her out in the first.

Igor Fraga, fourth placed in the championship, got into trouble at the end of Q1, having been quick in practice. He was stranded at Turn 13 during a slow lap, but his problems were dealt with in the brief intermission and he was eighth in Q2.

VAR newcomer Alexandre Bardinon will start in 12th place for his first race with the team, ahead of Sharon Scolari.