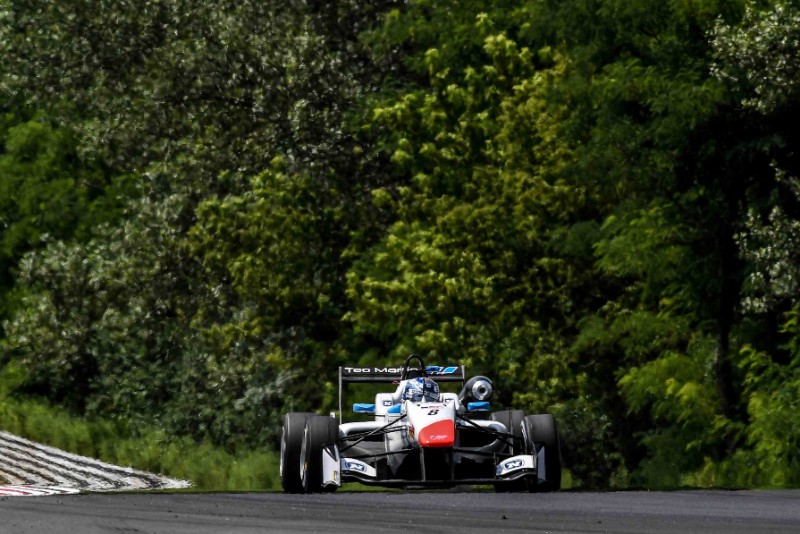 Lukas Dunner took his second Euroformula Open pole position in qualifying for the first race of the weekend at the Hungaroring.

The Austrian duelled with Marino Sato for the top spot, and on his final lap kicked up some dust exiting Turn 7. Championship leader?Sato was not far behind, and after driving through the dust he set a lap time that was not good enough to beat Dunner.

Sato?s Motopark team-mates Liam Lawson and Yuki Tsunoda both made late efforts that launched them into third and fourth place, less than half a second behind poleman Dunner.

A strategic call by Double R to hold Jack Doohan in the pits until the final third of qualifying seemed to pay dividends, as he performed under pressure with a lap strong enough for eighth.

Javier Gonzalez was the fastest RP Motorsport driver in 11th, with his team-mate in 18th and last. Included between them were three of the Carlin drivers, with Formula 2 racer Nobuharu Matsushita having to start from 16th on his Euroformula debut after his best lap time was deleted for track limits violations.

After impressing with two top 10 performances in free practice, Drivex School?s Rui Andrade could only manage the 17th best time in the hotter conditions of qualifying.