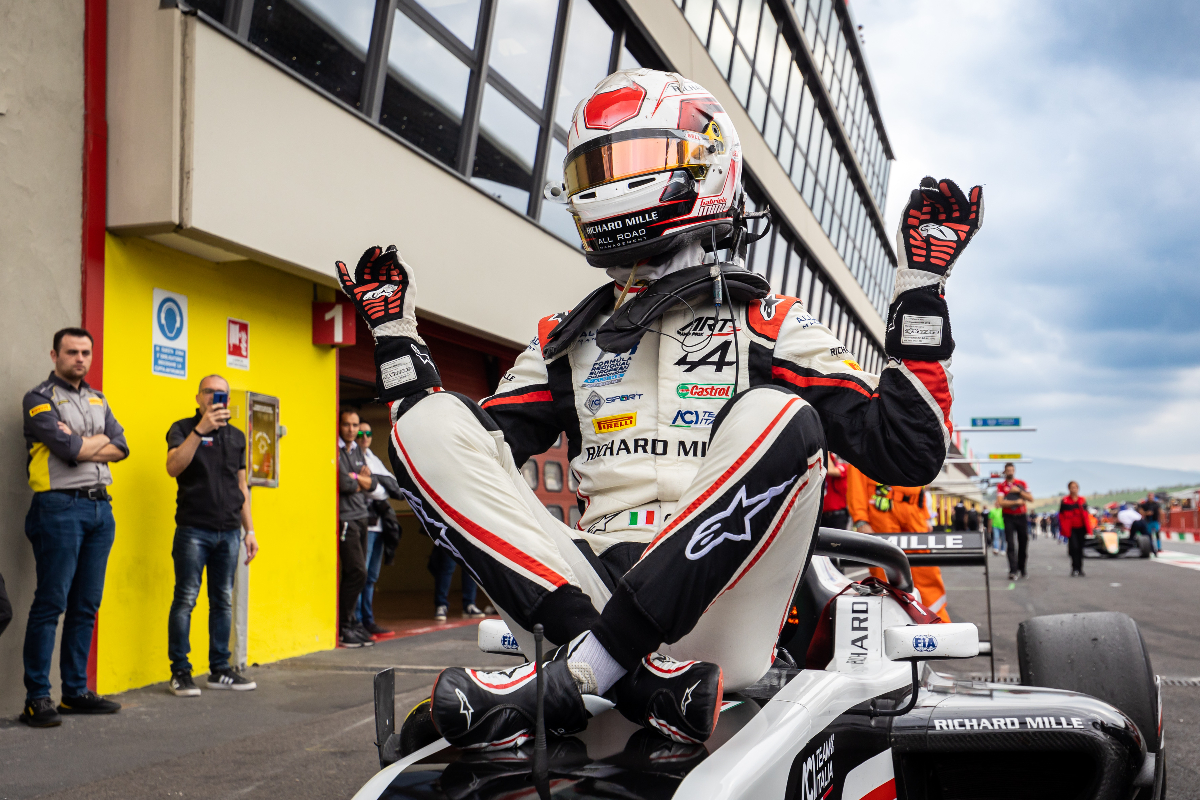 Mini burst into car racing in 2020, becoming Italian Formula 4 champion as a rookie, then was seventh in last year’s FRegional European Championship.

He returned to winning ways in 2022, finishing fourth in FRegional Asian Championship (with Hitech) and second in FREC, and there were more eyes on him once again.

“Of course, my dream is to be a F1 driver one day. Every chance I think about this,” Mini told Formula Scout.

He revealed “there were two offers” in karting from driver development programmes affiliated to top-level single-seater teams, “but there was also one that was a kind of half…”

That was the option he took, joining Todt’s All Road Management stable “which I personally think is not less than an academy”, adding he trusts Todt’s “ability to understand where to put myself to be in the best position possible for my career”.

The switch to Hitech brings to an end a two-season collaboration with ART GP. With Victor Martins having wrapped up this year’s FIA F3 title for the French team, Mini’s departure looks like a gamble, particularly, as he acknowledges, “ART is really, really fast also in F3”.

Ultimately, it seems as though both parties felt that a change of scenery would be beneficial for Mini’s development.

“[After] two good years with Gabriele for sure, on one side, I would have loved to continue,” ART GP’s president Sebastien Philippe tells Formula Scout. “But now I think to build up his career also, probably it’s better for him to have a new approach to racing. At the end of the day, they’ve made this decision. It’s their choice so I respect it and that’s it.”

Mini endured an often frustrating sophomore FREC campaign, although he snatched the runner-up spot by a point with a brilliant drive in the season finale, much to his relief and joy after coming into the season tipped for title success.

“I was very calm going into this year. I was pretty confident in the team, I believed in myself that I could do well and, of course, this doesn’t mean doing perfect.”

“A mistake from my side in Monza [running into Dino Beganovic at a safety car restart], and at Imola when I had a technical failure. In Monza I lost 18 points and in Imola 25,” he rues.

He had been untouchable at Imola, taking two poles and two on-the-road wins. But a penalty for jumping the race one start, due to a slipping clutch, turned victory into 28th place. He made amends with his maiden win in race two.

“When you lose 25 points and your championship rival is P2 that’s like the worst case scenario. That’s motorsport. Can be unfair, can be very mean sometimes, but that’s what we love, so we still keep pushing.”