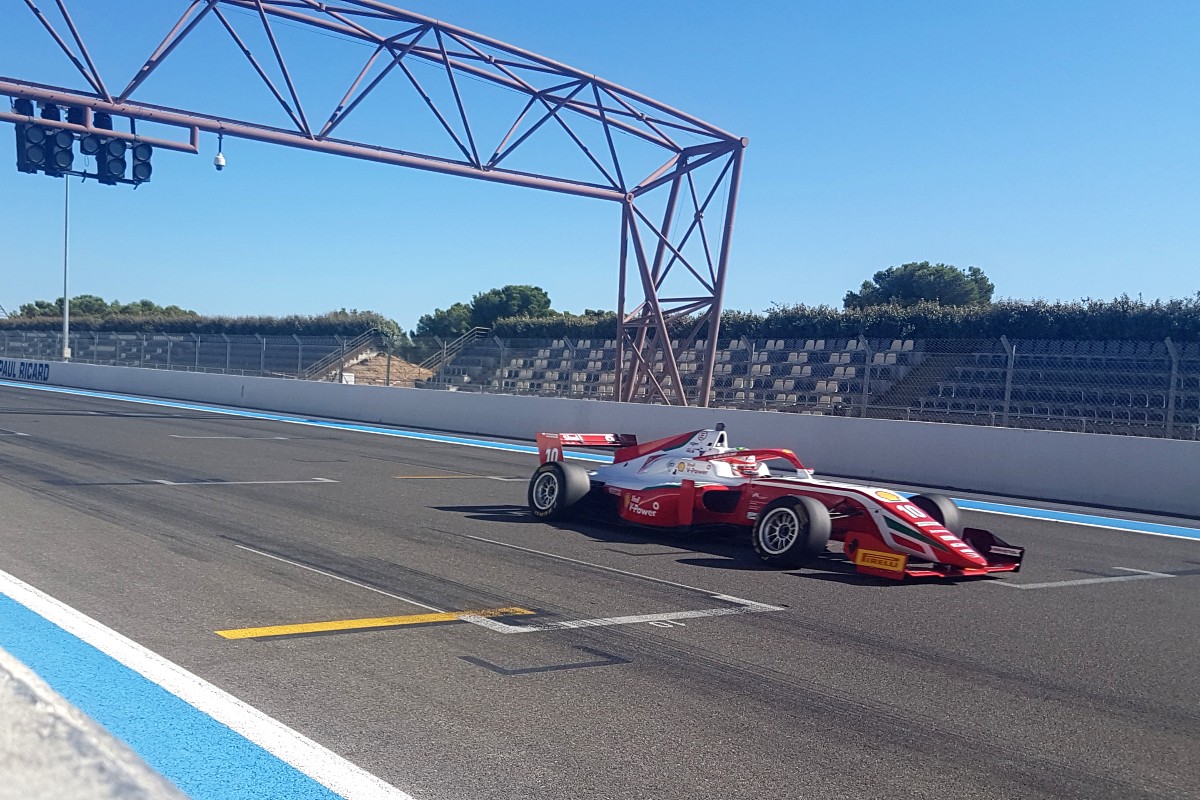 Gianluca Petecof put in a late lap to be the lead man in Formula Regional European Championship free practice at Paul Ricard.

Emidio Pesce, driving for the RP Motorsport-supported DR Formula team, was the pacesetter early on but fell down the order during the second runs after everyone returned to the pits to make changes.

KIC Motorsport driver Patrik Pasma ended up finding an extra few tenths of a second with his set-up tweaks, and put in a strong lap in the closing minutes that put him in second place behind Petecof.

Leclerc and Chovet were shuffled down to third and fourth, while a Juri Vips and his KIC team-mate Konsta Lappalainen were over half a second off the pace in fifth and sixth.

Facu Regalia, making his first single-seater race appearance this weekend with Van Amersfoort Racing in addition to acting as the team’s driver coach, was able to lap within a second of the pace and was eighth on the final timesheet.

Prema’s Jamie Chadwick had a lengthy stop in the pits where her team was working on the rear of her car, and rounded out the top 10 and was almost a second behind Regalia.