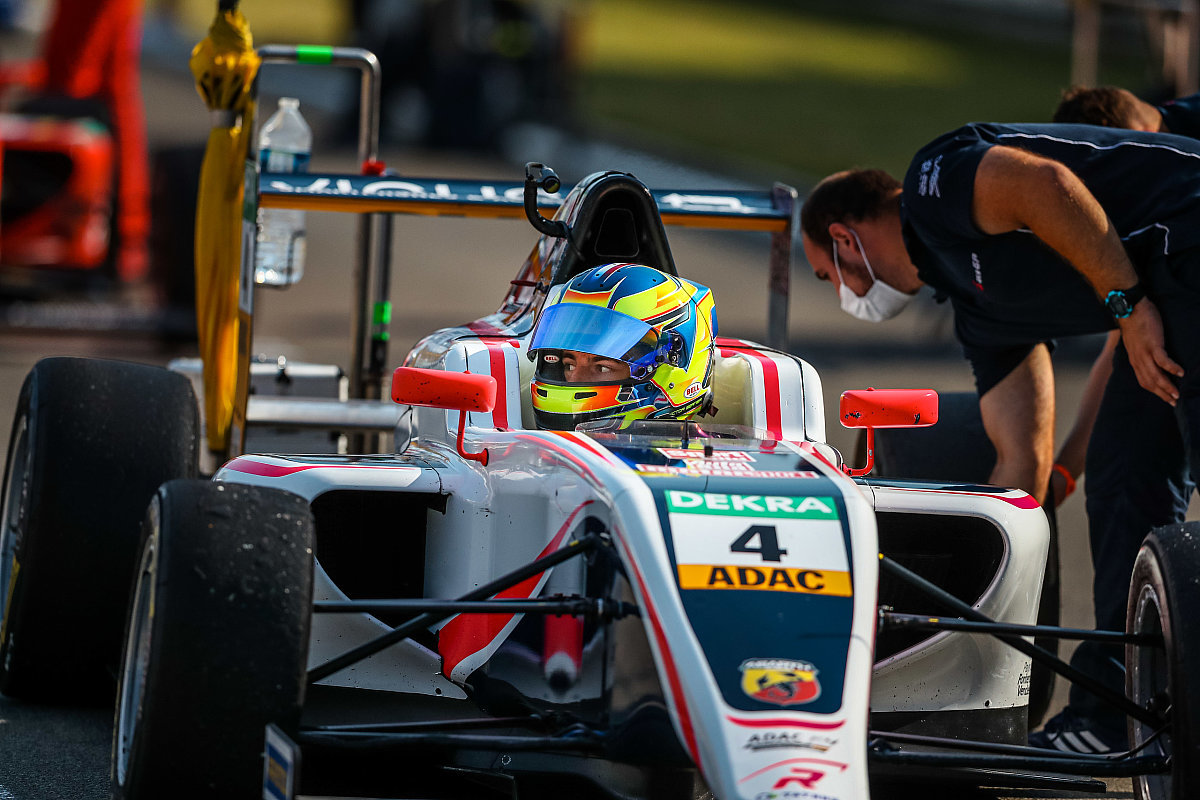 The R-ace GP driver set more laps than anyone across the two Thursday sessions, and set the pace in the slightly quicker morning session. There was a possibility it could have been beaten in the afternoon, but a red flag just when the track was rubbered up halted progress across the grid.

Prema’s Gabriele Mini and US Racing’s Vladislav Lomko ended up just 0.015 seconds and 0.050s respectively off Bernier’s best, with Mini then being pipped to the top spot again in the afternoon session by team-mate Gabriel Bortoleto by an even smaller 0.006s.

The third Prema car of Dino Beganovic ended that session 0.056s off Bortoleto’s benchmark, with 13 of the 14 cars spread by nine tenths of a second.

Mucke Motorsport’s Josef Knopp was the only driver to actually set an improved laptime in the afternoon, with Abu Dhabi Racing’s Hamda Al Qubaisi not setting a lap at all.