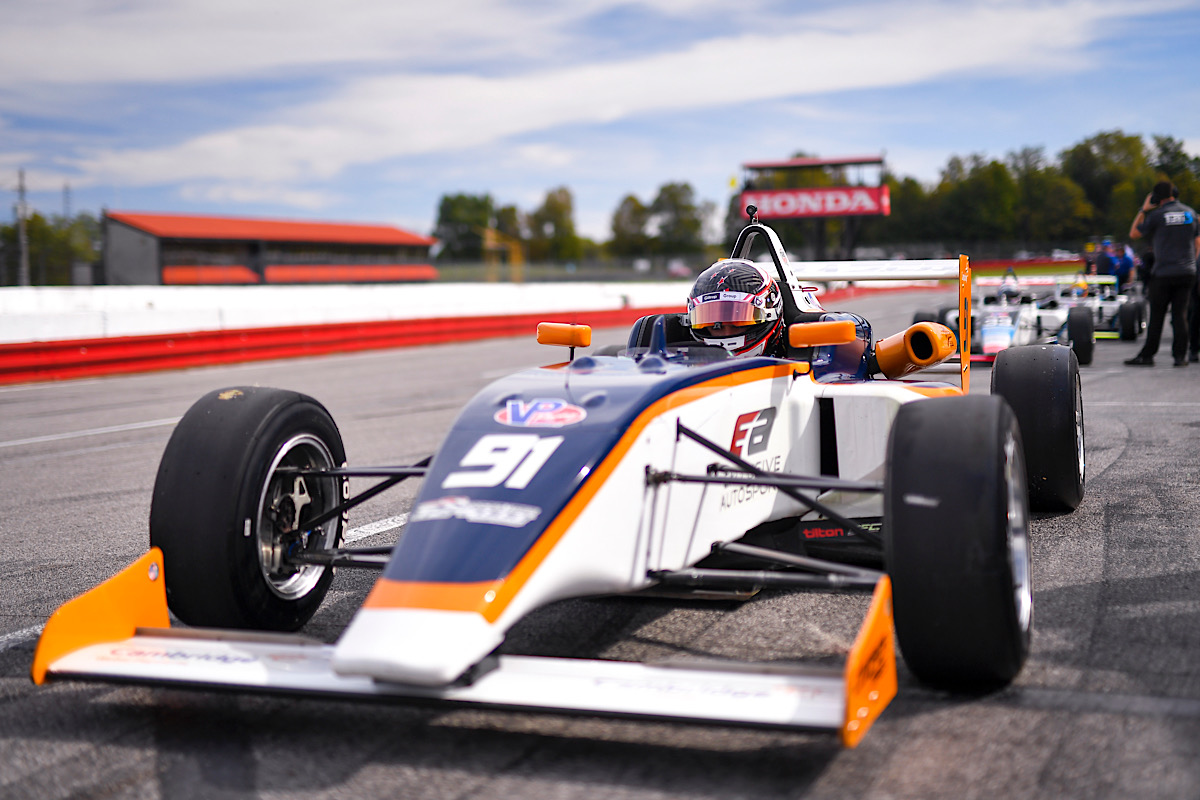 Frazer, 19, took a brace of fourth places and six further finishes in the top 10 on his way to 12th in the standings and the fourth-highest rookie in the championship in 2021. He also raced in the Toyota Racing Series last year, inheriting a win in a season dominated by Matthew Payne and Supercars great Shane van Gisbergen.

“I’m super excited to be back with the Exclusive Autosport team for the 2022 season,” said Frazer. “I will be looking to build on last year’s experience and performances. It’s game on now.”

“It is great to have Billy back with us for a second year of USF2000,” team boss Michael Duncalfe added. “Billy got his feet wet with North America racing in 2021 and put up some solid performances.

“He had to learn a new car, new tracks, and the North American lifestyle the last year. He did a great job adapting to his new surroundings and came out stronger at each event. We are looking to build and capitalize on that growth and experience in our 2022 efforts and look forward to kicking things off at St. Petersburg in February.”

Burke, meanwhile, finished 23rd in his first full season of car racing after a trio of F1600 appearances in 2020. The 17-year-old took a best finish of 13th in the season finale at Mid-Ohio in a year that marked stronger results towards the end of it.

“I’m pretty sure that nobody is shocked that we will be back with Joe Dooling Autosports for the 2022 Cooper Tires USF2000 Championship season,” Burke said. “Joe has been and will continue to be a huge part in my racing career. Without him, I wouldn’t be where I am today.”

“Trey is one of those drivers that has a good head on his shoulders and is a fierce competitor,” Dooling added. “A second year in our USF programme will do wonders for his confidence and his results. We have surrounded him with all the right people to continue his upward progression and look forward to watching him grow both on and off the racetrack.”

Burke added that “around the midpoint of last season, Jeff Sinden began putting together a very competitive team starting with driver coach Karam, engineer Matt Curry, who highly recommended the very experienced Joey Vallone. One of our most exciting and most recent addition is crew chief Bryce Cummings. Surrounded by this very competitive team, I can’t wait to get started in St. Petersburg.”