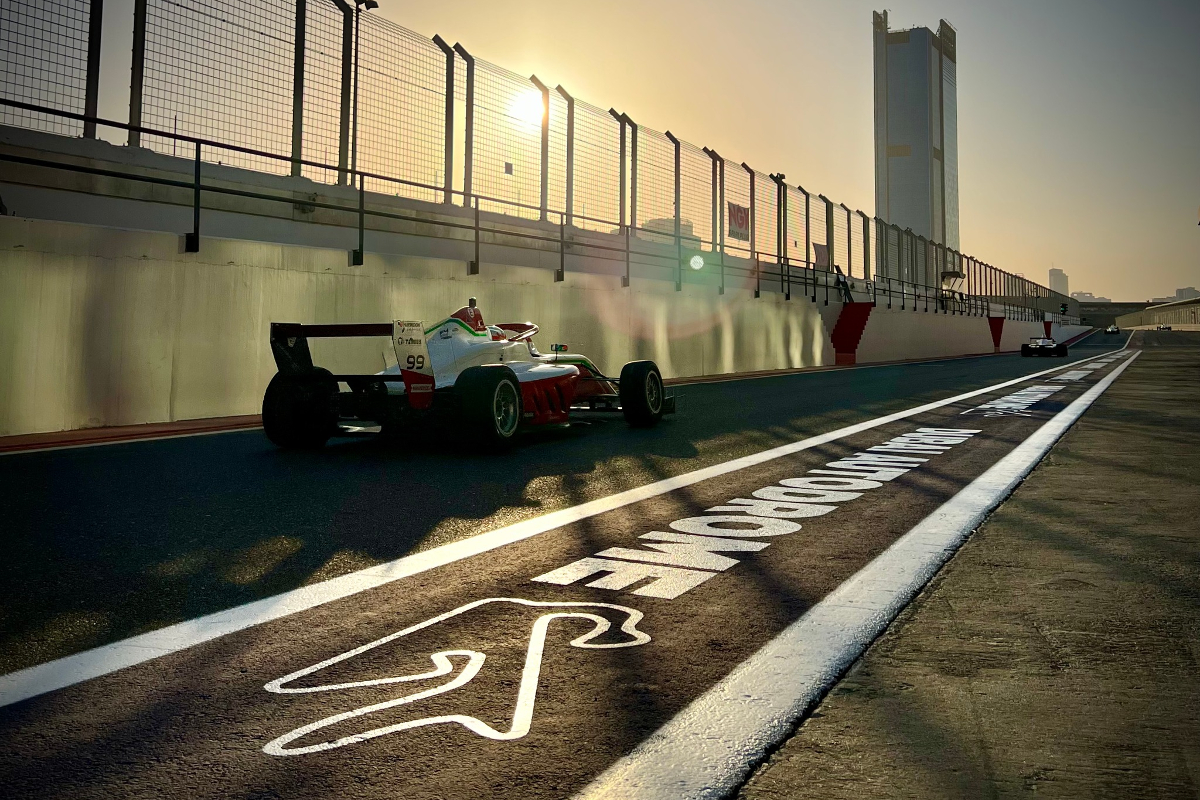 In Friday testing, Antonelli went fastest by just 0.057 seconds ahead of Prema’s main team driver Charlie Wurz. Theire team-mates were close behind, with Abu Dhabi’s Aiden Neate 0.065s back and Rafael Camara 0.155s off the pace.

In the afternoon session it was Prema’s Camara who went fastest by setting a 2m00.905s to head Antonelli by 0.024s, but it was only drivers further down the order who actually improved on their morning laptimes.

PHM Racing’s Taylor Barnard was fastest of those, jumping from 13th to eighth overall in a session where the top 20 were covered by a second.

On Saturday morning laptimes got faster, with Hitech GP’s Browning becoming the only driver to break into the 1m59s with the new Tatuus T-421 car.

Neate was second and 0.099s slower in what was the only practice session, with Barnard and Camara next. MP Motorsport’s debuting Christian Ho, ninth in testing, improved his pace to be 13th fastest.