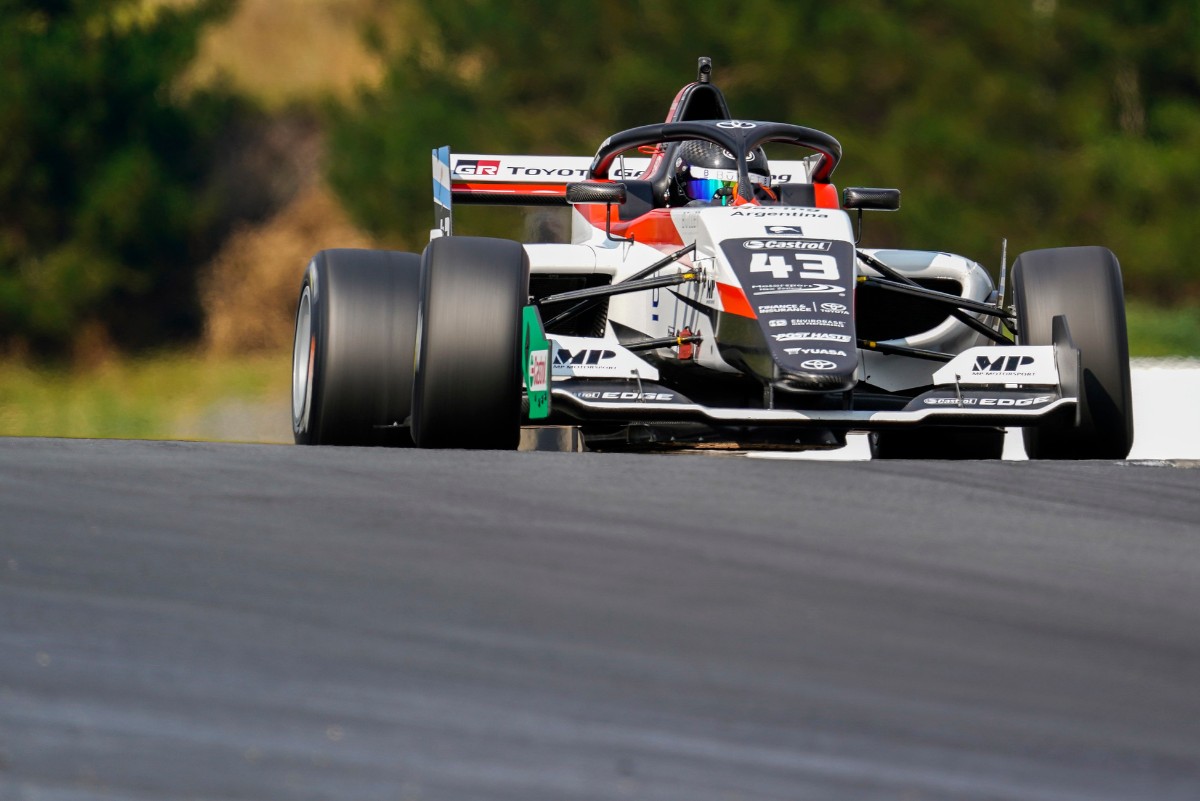 The Argentinian set the pace in the final session of the day, going almost a tenth of a second faster than Lirim Zendeli after a very late effort.

He had also been competitive in FP2, going second fastest behind points leader Igor Fraga. The Brazilian and his M2 Competition team-mates focused on long runs in FP3, meaning none of them improved on their best times from earlier in the day.

Caio Collet, who set the track record in FP1, crashed at the final corner in the second session of the day and while his car was being repaired he had sit out FP3.

Petr Ptacek was third fastest in the afternoon’s running, just ahead of rookie Emilien Denner and Jackson Walls. Gregoire Saucy was also within 0.2s of Colapinto’s pace.