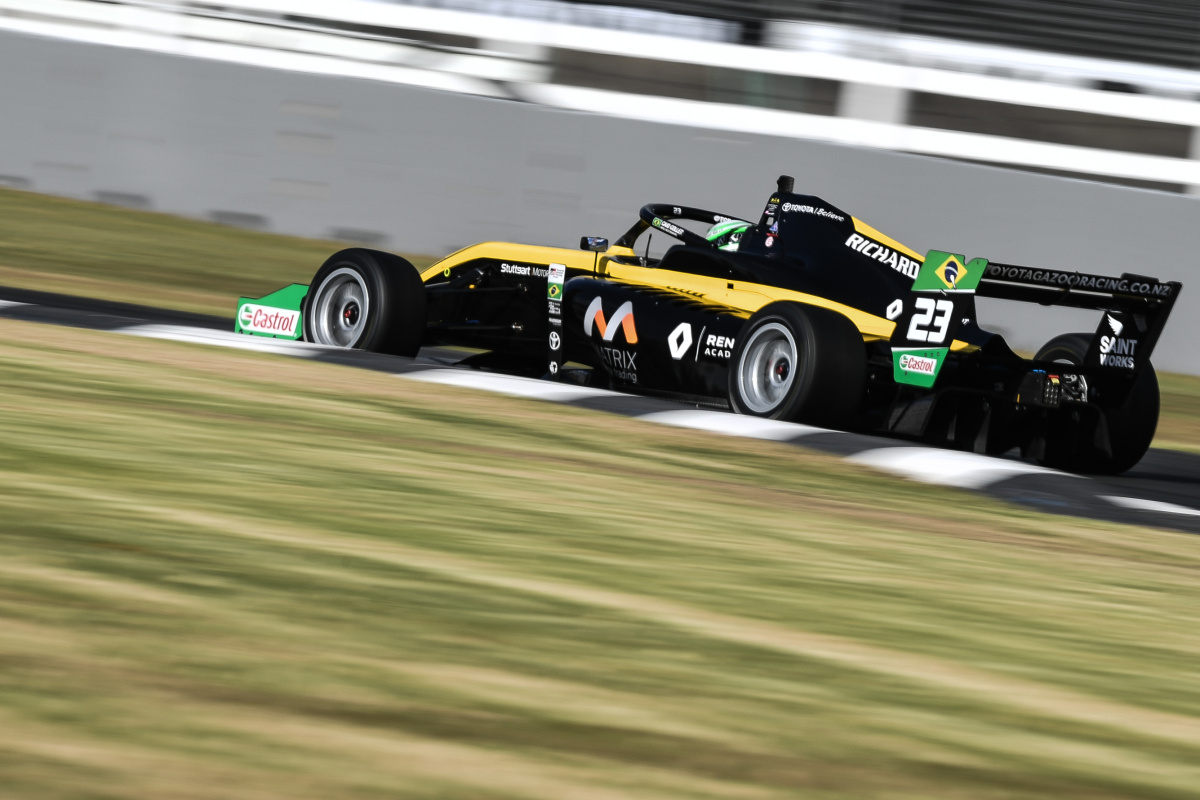 MTEC Motorsport took a 1-2-3 in the opening practice for the Toyota Racing Series round at Pukekohe, as Caio Collet set the pace early to take top spot.

Collet?s fastest lap of a 1m00.665s was set midway into the 35-minute session, and the Brazilian subsequently pitted immediately after what turned out to be his fastest lap.

The one-time winner this season did have a couple more attempts at going quicker but could only get within a couple of tenths of his best effort, before a red flag in the closing moments of the session curtailed any opportunity of further improvement.

A tenth and a half behind Collet was Jackson Walls, with a third MTEC-run car of Petr Ptacek fractions behind the Australian.

Kiwi Motorsport?s Franco Colapinto, as well as Giles Motorsport pair Gregoire Saucy and Lirim Zendelli were all fractions away from the top three, also posting a 1m00.8 just as Walls did.

Oliver Rasmussen (also MTEC) was seventh, as he also slipped back as the session progressed ? despite an improvement towards the end.

Lawson was quick very early on in the session ? going fastest early on but failed to improve on his time throughout the remainder of the allotted time.

Red Bull-backed Yuki Tsunoda struggled more ? ending up a lowly 13th and having little impact on the top of the timings throughout.