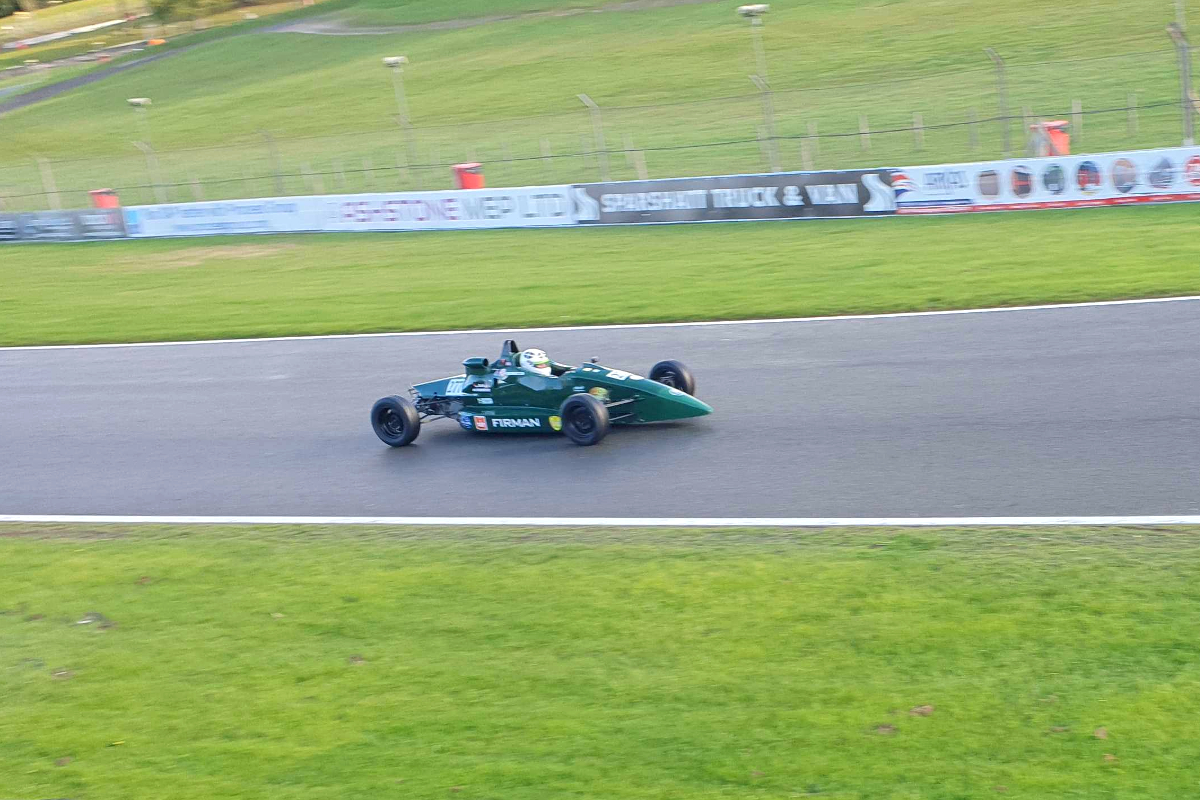 Reigning Festival winner Sharp led away from Murray and Foster at the start, as Team USA scholar Thomas Schrage made a slow getaway from fourth and lost a couple of spots.

B-M Racing’s Sharp got sideways on the opening lap, allowing Team Dolan driver Murray to pounce into Clearways and move ahead.

The front three pulled a gap to Oldfield Motorsport’s Lucas Romanek in the early stages, as Schrage recovered one position to fifth.

On lap five, Murray dipped a wheel on the grass under braking for Graham Hill Bend and got sideways, with Sharp reclaiming the lead.

Things got very close at the start of the next tour, with Sharp defending from Murray into Paddock Hill Bend as they negotiated a backmarker, with Foster trying to take second away from Murray on the outside of Druids.

Having held off the Firman, Murray then got a run on Sharp out of Graham Hill Bend. But the pair then touched wheels into Surtees, with both cars speering off the circuit to the left before brushing the barriers. Murray rejoined in 15th, but Sharp pulled off and retired.

Foster controlled the remainder of the 12-lap encounter to win by 2.855 seconds from Romanek, with Schrage a further two seconds behind in third.

David Parks finished fourth for Vertical Racing ahead of Souley Motorsport’s William Lowing, while Kevin Mills Racing’s Cadu Bonini was close behind in sixth on his car racing debut.

Murray made up ground after his earlier collision, passing Chris Goodwin and former Formula 1 and IndyCar racer Roberto Moreno late on to take seventh.

Moreno inherited eighth for Graham Brunton Racing after a 5s track limits penalty was given to Goodwin, who was demoted to 12th but still qualified for the semi-finals.

B-M’s Drew Cameron was ninth ahead Pascal Monbaron and Adam Quartermaine. Bob Hawins and Cameron Jackson missed out on an automatic semi-final berth in 13th and 14th.

TM Racing’s Jonathan Miles was the second retirement of the race after pulling off at Graham Hill Bend.