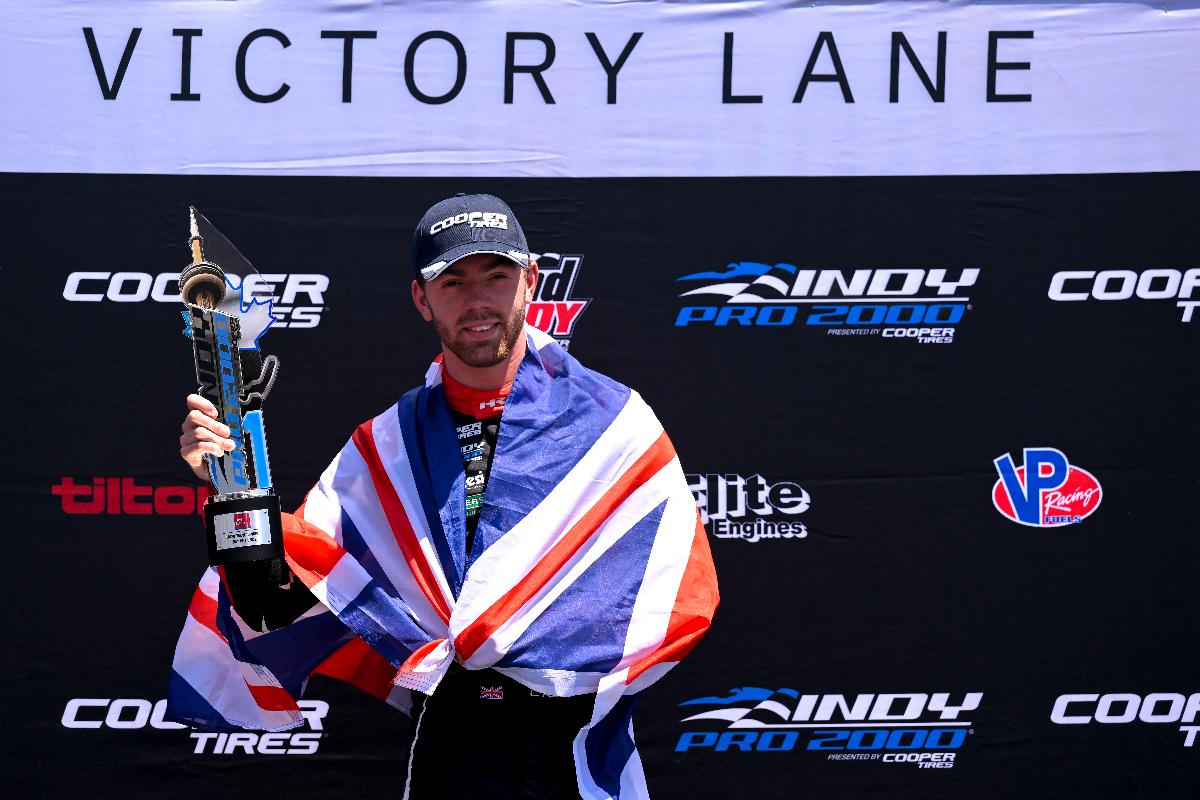 Louis Foster completed a perfect Indy Pro 2000 weekend with a second dominant victory in Toronto ahead of Jordan Missig and Reece Gold.

It was a lights-to-flag victory for the Exclusive Autosport driver, who faced little opposition through the 25-lap race.

Two early safety car periods kept the rest of the field on his tail at first, but it wasn’t long before Foster shook off second place Missig and escaped up the road.

Despite a small mistake almost sending Foster into the wall, he continued to set flying laps and finished 3.931 seconds clear.

Further back, it was a disasterous race for fellow front-row man Nolan Siegel who was caught up in a four-car incident on lap one that dropped both him and Enaam Ahmed to the back of the order. Kiko Porto was also involved in the incident and fell backwards while Josh Green retired with damage.

Almost as soon as the racing resumed, Siegel again ran into problems. This time, Jonathan Browne hit the wall and was sent spinning back across the track, making contact with Siegel. Both retired from the race.

After the second restart, Foster was untouchable. Missig also had a trouble-free end to the race, as a three-way battle for third took place behind him.

Jack William Miller had passed Reece Gold for third after the first restart, but fell back behind Gold after the second safety car period.

Miller then came under attack from Braden Eves and Yuven Sundaramoorthy. Both drivers managed to get ahead of Miller, but the Miller came back past Eves to take fifth, behind Sundaramoorthy.

Porto and Ahmed recovered to finish seventh and eighth respectively, while Wyatt Brichacek and Lindsay Brewer completed the top 10.