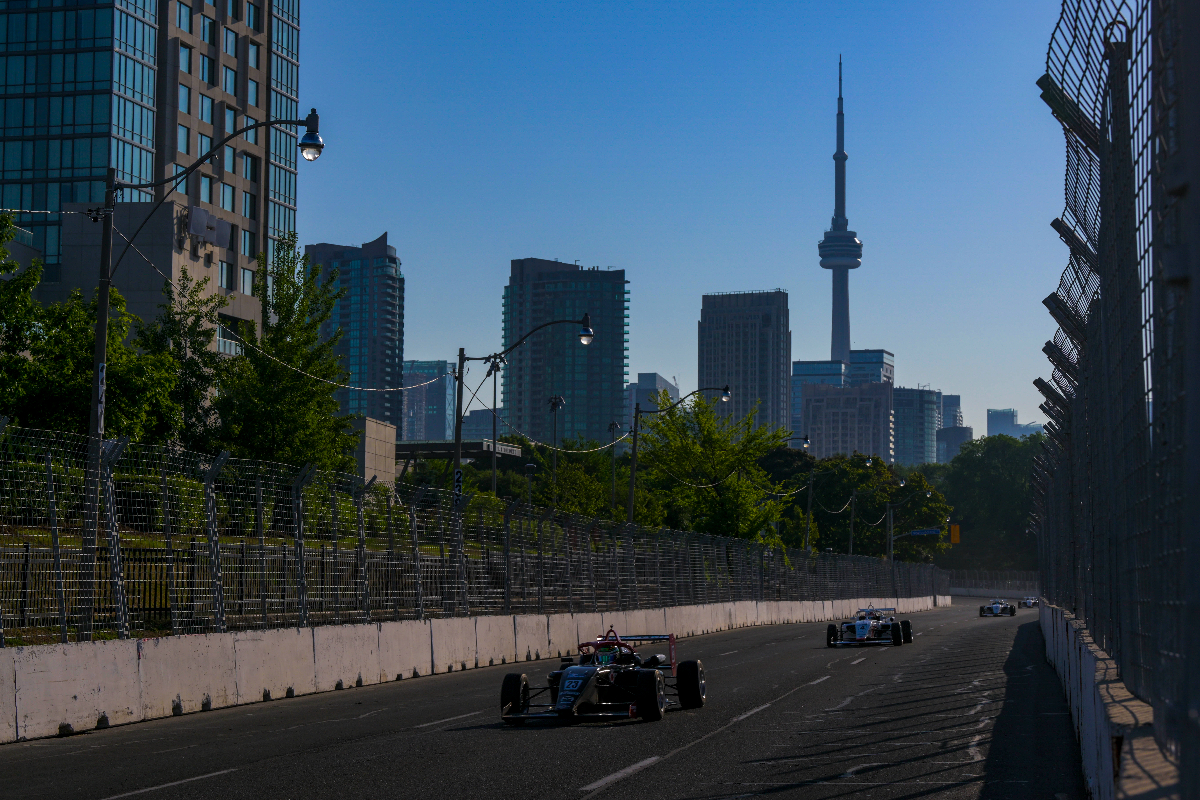 Pabst Racing’s Jace Denmark resisted pressure from team-mate Myles Rowe and a late restart to claim his third victory of the USF2000 season in the second Toronto race.

Polesitter Denmark had a clean start and immediately started pulling away from Rowe, who had overtaken Cape Motorsports’ Jagger Jones on the way down to turn three.

Full course yellow was deployed on lap six of the race to recover Billy Frazer’s car. The Exclusive Autosport driver was defending sixth place from team-mate Jacob Douglas, who ran into the back of Frazer at turn three. After hitting the wall, Frazer was collected by Turn 3 Motorsport with Ignite Autosport’s Spike Kohlbecker and both drivers were forced to retire.

The race resumed on lap eight of 20, with drivers running in the top five holding on to their positions.

On lap 11, Jones attempted to retake second place from Rowe at turn three. They made contact and Jones lost his front wing at the exit of turn six. He continued on track without pitting for a new wing despite losing a considerable amount of laptime, which cost him several places.

Exclusive Autosport’s Nicholas d’Orlando, who was running in seventh place behind Jones, lost the control of his car at the exit of turn five, causing a second FCY period.

With two laps to go and still under FCY, Jay Howard Driver Development’s Evagoras Papasavvas came to a halt at turn three with mechanical issues. The race still however resumed at the end of the lap.

Yellow flags were waved at turn three though as Papasavvas’ car was still there, preventing the drivers from making the most of the best overtaking spot in the final lap of the race.

Michael d’Orlando, who was running third at the restart and is second in the points, went for a move on title rival Rowe at turn eight on the last lap. Both drivers made contact and lost their podium places, but were able to continue with d’Orlando finishing in fourth just ahead of Rowe.

Turn 3 Motorsport’s Christian Weir ended up in the tyre barrier on the last lap as he attempted to pass a struggling Jones around the outside of turn eight. In spite of that, he was classified ninth.