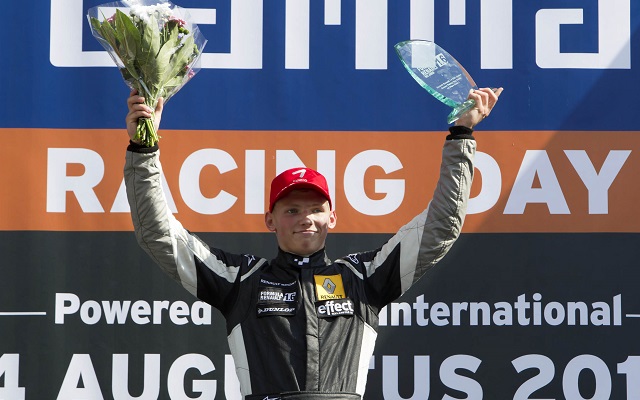 Estonian youngster Martin Rump will be making the switch to Formula Renault 2.0 racing in 2014 as he joins British squad Fortec in the main two-liter category – the Eurocup.

Rump, 17, made his debut in single-seaters in 2011, partaking in a guest round of Formula Renault 2.0 NEC at Most with Koiranen Junior, where he secured a best finish of 12th.

He was absent from major junior single-seater championships in 2012, but returned to the scene this year, racing in two Formula Renault 1.6 categories. He was runner-up to Erik Johansson in FR1.6 Sweden and then narrowly lost out on the FR1.6 NEC title, finishing with just one point less than champion Roy Geerts after a problem-filled final race.

Jack Aitken, who raced with Fortec in NEC 2.0 last year, is widely expected to join Rump in the British squad’s Eurocup lineup. His 2013 teammate and NEC champion Matt Parry is likely to complete Fortec’s roster.