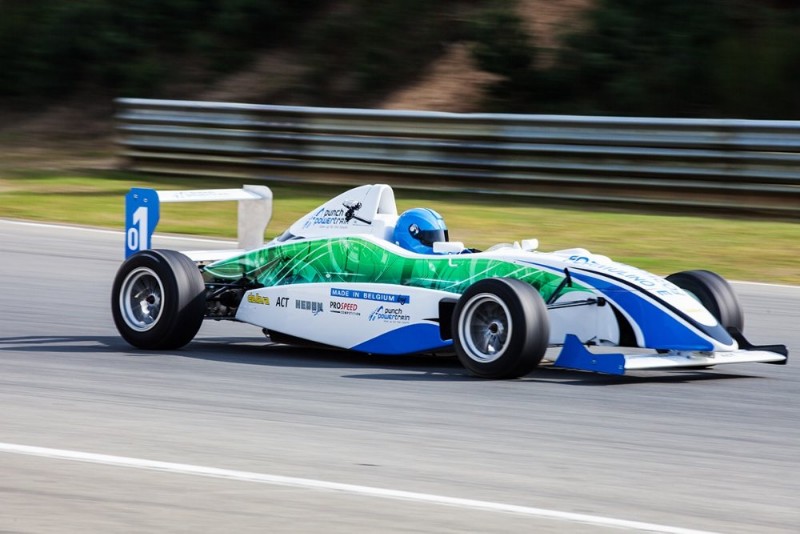 Formulino E, the first ever junior single-seater car to be powered by electricity, will likely feature in its own championship by 2020.

The car, based around Dallara’s spec Formulino chassis from 2007, was launched at the Geneva Motor Show in March last year, and is set to go on sale in 2019.

The Dallara Formulino chassis has provided the underpinnings for ADAC Formel Masters and MRF Challenge in the past, and is aimed at bridging the gap between smaller formulae and Formula 3.

Punch Powertrains, the Belgian firm that is behind Formulino E, is already working on a second prototype, which will be initially aimed at racing schools.

“We had lots of interests last year after the unveiling of our first prototype at the Geneva Motorshow,” Thierry Deflandre, the driving force behind Formulino E and former CEO of the Zolder circuit, told Formula Scout.

“Since then we have focused on the rolling demo and further technical specification.

“As we don’t have yet a full cost price we cannot yet offer a sales price. Our target for that will be mid-2018.

“We are now moving towards a second prototype with an improved motor and battery. The motor will keep the same performance [120kW to 200kW] but run at 330 volts instead of 660 volts.

“The battery will be adapted accordingly, which will also ease the cooling headaches we had with the first prototype.

“The roadmap is to do a lot of stress testing this year and offer the car for commercial sales in 2019.

“First sales will be to racing schools, which will have much cheaper track times due to using a zero noise vehicle.

“Importantly, the motor is now in pre-production phase for a OEM car manufacturer [to become involved].”