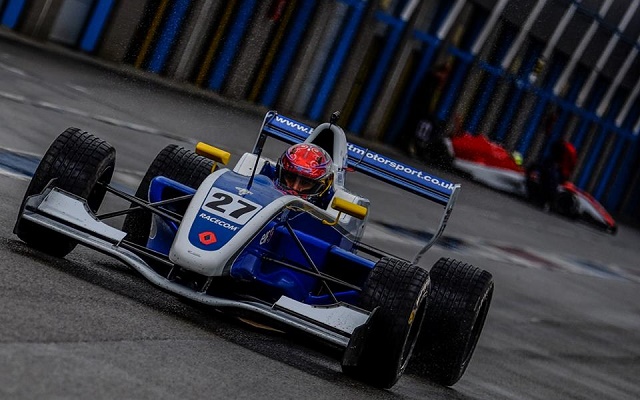 Formula Renault 2.0 NEC series organizers have released a list of 31 entries for the 2015 season’s first round at Monza.

ART Junior Team, three-time race winners in 2014, will field two teammates for Darius Oskoui at Monza, the Swiss racer having already been announced as full-time. In terms of experience, the French squad will rely on Japanese racer Ukyo Sasahara, who?claimed his best FR2.0 finish of second at Monza last year. Their third driver is one of the hottest prospects of the 2014 French F4 season – 16-year-old Anglo-Swiss racer Felix Hirsiger.

AVF will be present with a massive five-car line-up at Monza as Eurocup signing Inigo Bikuna and Czech racer Bronislav Formanek join the team.?Bikuna returns to the series after participating in the final four rounds of the 2014 season, while Formanek follows in the footsteps of compatriot Josef Zaruba?by graduating from Radical European Masters.

Prizma Racing is a new team joining the series, their sole confirmed driver Pontus Fredricsson arriving from Formula Renault 1.6 Nordic, where he took fourth in the standings. The team will race with two cars according to the entry list, but their second driver is yet to be named.

The other Swedish squad of the series, Fragus BR Motorsport, will expand to a two-car lineup. Robin Hansson will be joined by fellow Swede?Oliver Soderstrom, who was originally set for a dual campaign in 1.6 before the collapse of the European series.