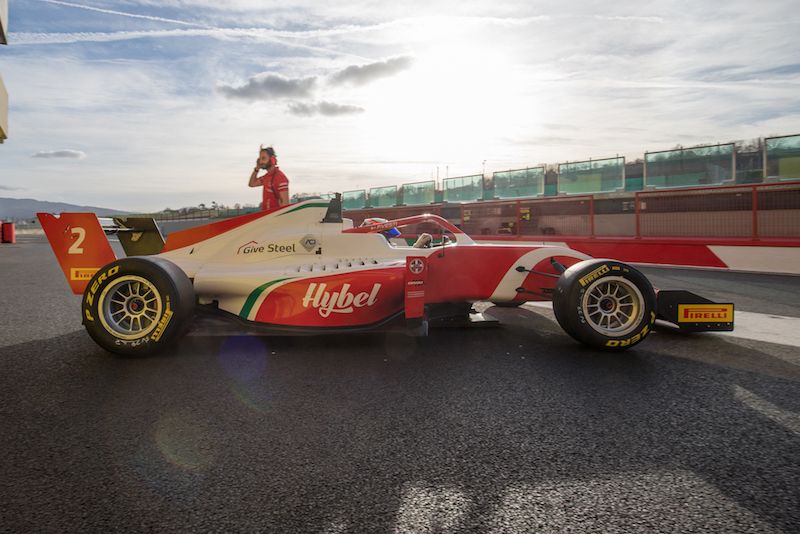 The brand-new Formula Regional European Championship kicks off this weekend at Paul Ricard, the first of eight rounds of the brand-new FIA-supported series.

Although just 10 drivers are taking part in the season opener, compared to the 22 drivers who will compete in Formula Renault Eurocup’s first race, the field is hardly lacking in quality. It includes a talented trio of Prema drivers as well as entries from Ralf Schumacher’s US Racing team and European Formula 3 refugees Van Amersfoort Racing.

Whether or not the series can increase its grid size as the year advances remain to be seen, but for now, we take a look at the drivers most likely to be crowned the championship’s first-ever champion. 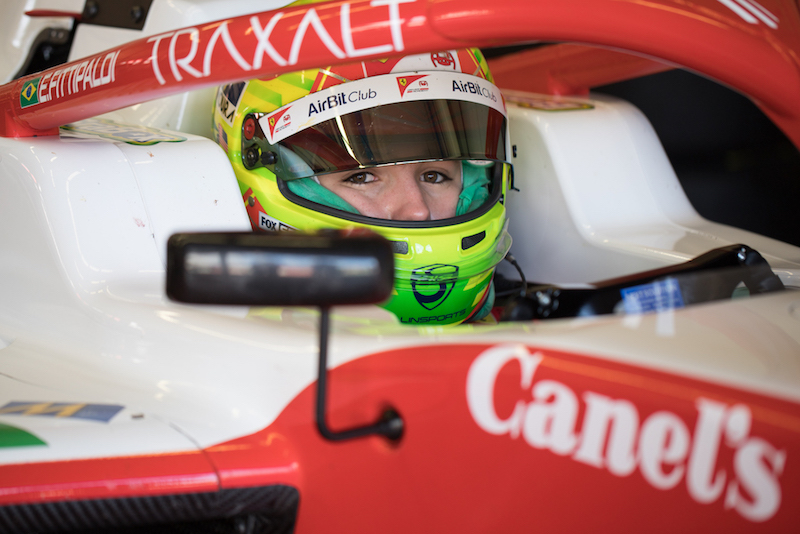 The latest in a long line of one of motorsport’s most successful families is 17-year-old?Enzo Fittipaldi, who last year proved he’s not just in Ferrari’s junior programme because of his surname. He excelled in his second year in Italian F4, beating Leonardo Lorandi and Prema team-mate Olli Caldwell in a season-long title battle.

Historically the ADAC F4 series has provided greater competition than its Italian counterpart, and Fittipaldi was also impressive there, finishing third behind champion Lirim Zendeli and new Red Bull recruit Liam Lawson.??He continues his collaboration with Prema for a third successive year, immediately placing him among the favourites to be the first Formula Regional champion.

Alongside Fittipaldi at Prema are two fellow Italian/ADAC F4 graduates in Caldwell and Frederik Vesti. The former pushed Fittipaldi hard for the Italian F4 title in his first year with Prema and will be looking to seek revenge in this year’s championship. His ADAC F4 campaign was slightly less impressive, with one victory on his way to seventh in the drivers’ championship.

Three places above Caldwell in that championship was Vesti, the 17-year-old Danish racer also starred on his one-off Italian F4 appearance at Paul Ricard – winning two of the three races. He also stepped up to European Formula 3, taking part in the final weekend of the series as well as making his Macau Grand Prix debut. He was quietly impressive, qualifying eighth and finishing 10th in his maiden F3 race. Of the trio, Vesti has arguably showed the greatest raw talent, and was quickest during the limited official pre-season testing, making him the slight favourite.

Having said that, Prema’s three drivers look fairly evenly matched heading into 2019 – with the victor likely placing themselves in the best stead for future promotion to the FIA F3 series with the Italian giants. 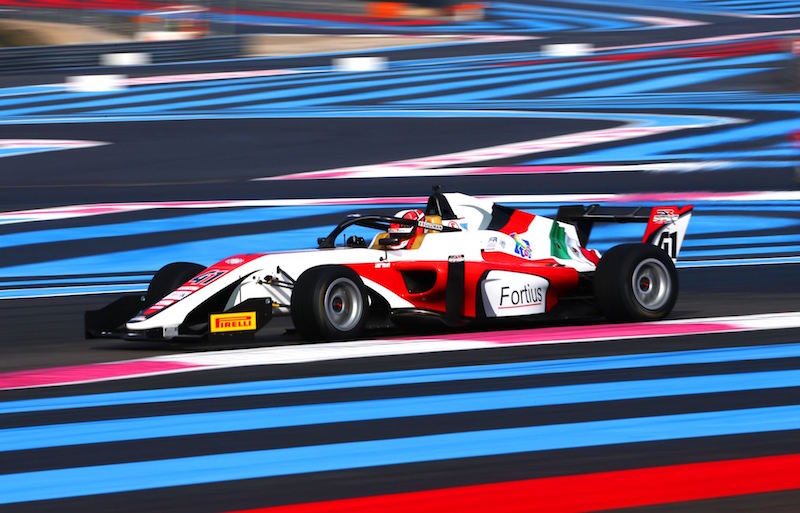 After winning multiple Euroformula Open titles, RP Motorsport’s international expansion continues with a move into Formula Regional in partnership with DR Formula, which heads up the combined entry.

They’re running Esports champion?Igor Fraga?and?Raul Guzman, the latter of which makes?a sideways step after spending two years in Formula Renault Eurocup, where he scored points in just five of the 43 races. He challenged for the Italian F4 title with DR in 2016 and also raced with RP during its debut Pro Mazda season, picking up a podium in only his third race, suggesting we didn’t see anywhere near Guzman’s full potential during his time in Eurocup.

When he isn’t winning FIA-sanctioned Esports events, Fraga is quietly working his way up the single-seater ladder. He finished runner-up in the 2017-18 NACAM F4 series and then followed it up with fourth in his rookie USF2000 campaign. 2019 sees Fraga make his first switch to racing (bar virtual encounters) in Europe.

RP isn’t used to losing, so expect it to give Guzman and Fraga a good chance to shine on the European stage, regardless of whether or not either driver is capable of extracting the maximum from the package.

Northern European F4 talent not to be underestimated? 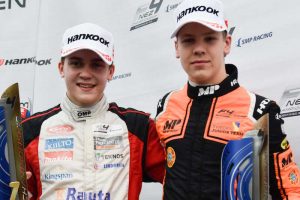 Northern European Zone Formula 4 champion Konsta Lappalainen and race-winner Isac Blomqvist are both making their F3 debuts with KIC Motorsport, a team run by Lappalainen’s father Petri.?Renault junior Christian Lundgaard has showed the quality of the champions from that series.

Lappalainen also engaged in a part-time campaign in ADAC F4, showing plenty of flashes of speed but hardly setting the series alight, ultimately scoring points in just three of the 11 races.

While Lappalainen may have won the NEZ F4 title, Blomqvist was arguably equally impressive, he was fresh out of karting while Lappalainen had a year of car racing under his belt. Blomqvist took pole position and two race wins on his maiden weekend in cars, however, his title challenge soon slipped with just one further victory.

The duo may be inexperienced with only three years of car racing experience between them, but a new championship offers a level playing field and a chance for a small operation like KIC Motorsport to be able to compete with junior series juggernauts like Prema.

Floersch and Van Amersfoort Racing forced to step back

With the sudden cancellation of European Formula 3’s (real) successor Formula European Masters, Van Amersfoort Racing and its one-signed driver Sophia Floersch had no choice but to find a new home in 2019.?They opted to join Formula Regional, snubbing Euroformula Open due to it using the older Dallara F312 for another year, according to Autosport.

It marks a step back for the Floersch who made her Euro F3 debut mid-season last year after two years racing in ADAC F4. She scored one point, but her VAR team-mates didn’t fare much better, so it’s not as bad a points tally as it looks.

Her most famous moment of 2018 was, of course, her horrifying crash during the Macau Grand Prix, which left her hospitalised and cast doubt over her future racing plans. Thankfully she made a full recovery over the winter and will be rejuvenated with this new chance to show that she’s worthy of further progression up the single-seater ladder.

It won’t be easy, however, with its late-entry into the series VAR only received its car just over two weeks prior to the start of the season. The odds are stacked against the one-driver VAR entry being able to tackle its old nemesis Prema. 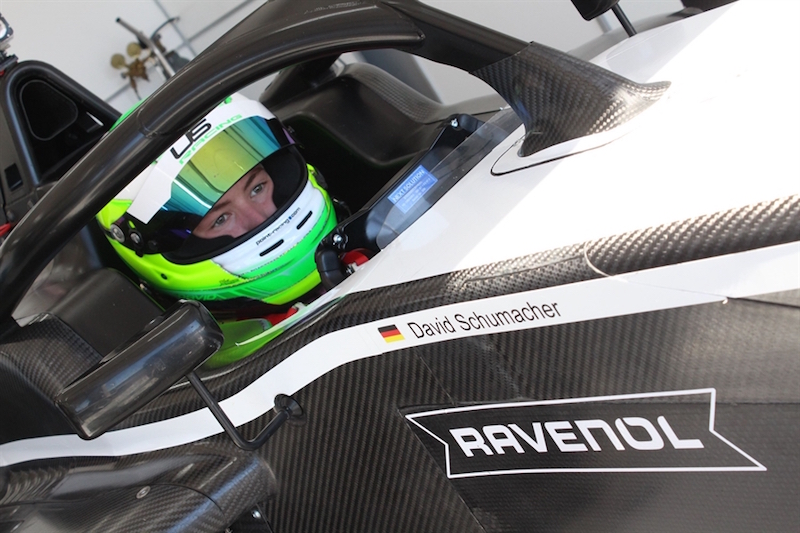 Another driver with a big surname who proved his credentials last year was?David Schumacher.?With only an F4 UAE campaign behind him, he ventured into the highly-competitive ADAC F4 series and came away with the rookie title and ninth overall in the championship.

Furthermore, he took a pair of fourth-place finishes on the second of his two-round Euroformula Open guest campaign at the end of 2018 and was at one point looking at entering the series full-time in 2019. But the opportunity to race in Formula Regional with his father’s team proved too good to miss.

It hasn’t all been plain sailing for Schumacher so far though, as he failed to stand on the overall ADAC F4 podium once last year and had a mediocre couple of rounds in the Asian F3 Winter Series. A title challenge in Formula Regional would perhaps be a bridge too far as a part of a one-car entry, but a solid consistent year, with plenty of podiums would be an achievable target for Schumacher.

The first driver announced for the series was French teenager Alexandre Bardinon, who will be run by the family-owned?Mas du Clos Racing Team. His father Patrick runs the team, which is based at?Circuit du Mas du Close in France – a track created by Alexandre’s grandfather Pierre.

Alexandre is a bit of an unknown quantity, having split his 2018 racing in the French GT4 Championship as well as a one-off appearance racing a Formula Renault 2.0 car in the V de V Single-seater Championship. He is missing the first race however after sustaining a rumoured pre-season injury.

Similarly inexperienced is Swiss racer?Sharon Scolari, who is?fronting her family-run ScoRace Team following their Formula Renault Eurocup NEC campaign last year – where they took one class podium (albeit in a four-driver class). The team will be propped up by regional outfit?Italian Viola Formula.

24-year-old Scolari failed to progress to the final stage of W Series’ selection process. Little is expected from either Scolari or Bardinon.